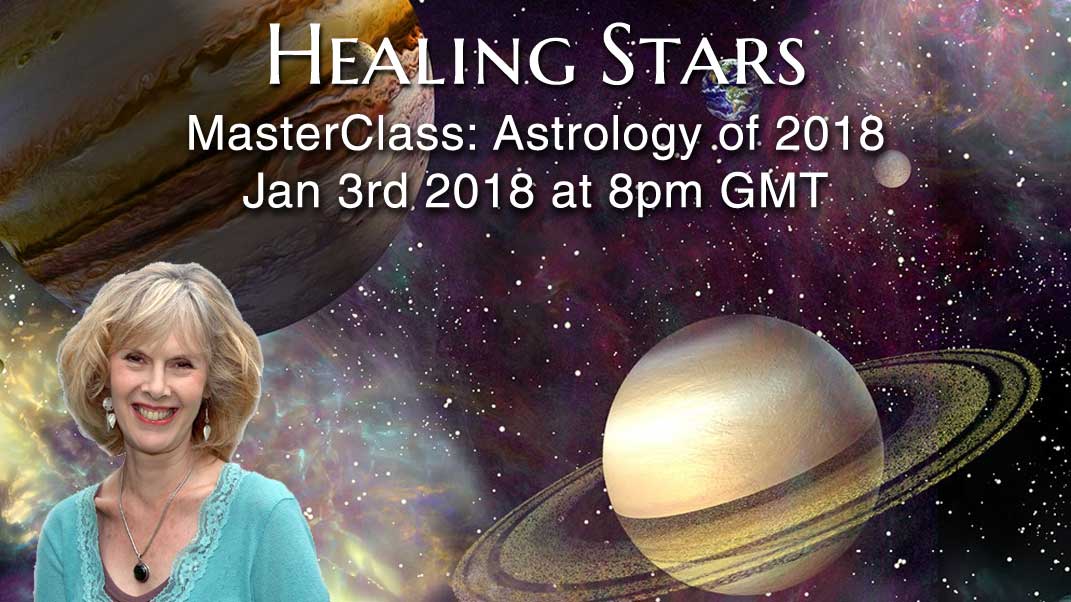 The headline news this year sees Uranus -the planet of radical change and revolution- move into the sign of Taurus. It has been in Aries for 7 years, so this is a major shift.

Saturn moved into its own sign of Capricorn on December 20th 2017 for the next 2 and a half years.

The most personal planets Venus and Mars will both go retrograde.

On January 2nd Uranus turns direct, so all planets are in a forward motion until March 8th. This brings amazing support from the universe to get 2018 off to a great start. As Uranus is still in Aries- a fire sign- use this energy to for a turbo boost to get going with projects and make this year extra special.

Join my FREE MasterClass webinar to find out more about the astrology of 2018.

The webinar is on Wednesday January 3rd at 8pm GMT