What Does Your Heart Desire?

This Capricorn New Moon 2013 begins the year. There are 5 planets in the earth sign of Capricorn, so the focus is on ambition, success and achievement through a step by step process to get to the top, just like the mountain goat.

Saturn- Capricorn’s ruler- is currently in Scorpio and making a positive connection to Pluto, so the goals that are set this month can be achieved-with diligence and true commitment.

This comes when the head and the heart are working together. The good news is that on January 9th Venus moved into Capricorn until 2nd February, so the planet of love and relationship wants us to focus on what our heart desires.

YouTube Video: Lack of focus is the biggest problem this month

Be aware that there is a tendency to be scattered and distracted with Jupiter in one of its weakest signs of Gemini. Gemini loves information. Jupiter seeks the Truth. The two are at odds with each other.

I am now explaining the Aura-Soma colour wheel, to help you how know the element of your sign which is all important, and a taste of what January means for each sign. Capricorn is royal blue on this wheel, and is a combination of blue and red. This is the link of earth and heaven, a theme which Capricorn as the sea goat also signifies.

However, be aware as there is a tendency to be scattered and distracted with Jupiter in Gemini.

In Aura-Soma and the Mayan Seven Mystic Moons, this New Moon relates to bottle 102 The Archangel Samuel, called ‘The Administrator’ and connected to Saturn.

The Ascended Master is Orion and Angelica bottle 58 pale blue over pale pink and also a ‘quintessence’ used to invoke high energies into the aura. In the Aura-Soma system they are Father love and Mother love. (see image right from the Aura-Soma tarot deck illustrated by Pamela Matthews).

Orion and Angelica is named after the two great angels of the dusk and dawn that open and close each day. Orion brings in the night, ending the day; Angelica brings the new dawn. Orion is the largest constellation in the sky, angelica is a herb. The main Giza pyramids correspond to the imperfectly aligned stars of Orion’s belt. “As above so below!

As a quintessence it is used to help the subtle bodies of the aura come into balance and be in the right place at the right time. This quintessence is known as a journeying energy and recommended for jet lag and for the beginning and ending of projects. Perfect for this month.

Have you been ill over the Christmas holidays?

Mars moved into Aquarius on Boxing Day which may have been the trigger for many. However something else is happening. The end of Mayan Calendar on 21st Dec 2012 created a huge amount of energy in the world, and I know that we are in a time of transition-the planets Uranus and Pluto in a tense relationship are telling that story for years to come.

Boxing Day was also the anniversary of the Tsunami in 2004 and the movie ‘The Impossible’ came out in the UK on Dec 26th.

Back in December 2004 Uranus- the planet of shock -was at 3 degrees of Pisces. Now all these years later both Chiron (The Wounded Healer) and Neptune (God of the Sea) are travelling through the early degrees of Pisces so there is a resonance. Neptune rules the cinema and the collective vision. It governs healing at a deep level and can bring up deep feelings of grief.

If you have a strong influence of Pisces (Sun, Moon, or ascendant in Pisces) or Neptune (next to a personal planet or the ascendant) in your chart you may be especially sensitive to this collective memory and shock that affected the entire globe.

From Wikipedia:-
“With a magnitude of Mw 9.1–9.3, it is the third largest earthquake ever recorded on a seismograph. The earthquake had the longest duration of faulting ever observed, between 8.3 and 10 minutes.
It caused the entire planet to vibrate as much as 1 centimetre (0.4 inches) and triggered other earthquakes as far away as Alaska.
Its epicentre was between Simeulue and mainland Indonesia. The plight of the affected people and countries prompted a worldwide humanitarian response. In all, the worldwide community donated more than $14 billion US$ in humanitarian aid.”

The homeopathic remedy for grief is ignatia. I recommend it as it helped me after the death of my beloved cat called Angel nine years ago.

You may know that you are highly compatible with those people who share the same element as you. They are your natural allies.

However contrary to what you may read, people of the same element may not make the best marriage partners as there’s no friction- which is needed for growth and sexual attraction!

It’s also really useful to know that there is a natural affinity of earth with water, and fire with air. 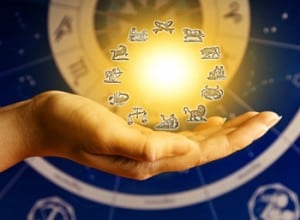 What will 2013 bring you? Astrology Forecast for the next 6 months by Steven Forrest

Astrology provides a really useful map to help you navigate the ups and downs that life brings.

Want to know what’s going on for you in the next 6 months? Steven Forrest’s clear writing style is much appreciated by non astrologers.

This report offers an excellent analysis of all you need to know- essential planetary transits, progressions and monthly detail.

This stunning astrology forecast report describes how best to handle the transits and progressions for the next 6 months. It ‘s written in a style that’s easy to understand for non-astrologers.

Its an invaluable guide and I have had great feedback from those of you who have purchased it. Thank you!

TESTIMONIAL “Its one of the most accurate readings I have had. Very informative. Thanks. Just what I needed to help with all my processing and changes that occurring.” CV

Amazing 40 plus page report approx. is easy to understand and very detailed.

I have started a Group called Healing Stars on Facebook. https://www.facebook.com/groups/294011657358696/
Its for members only, so as a reader of this newsletter I invite you to join.

You’ll see my frequent postings on astrology, be able to ask questions, and share your experiences of these astrological events.
Joining Facebook is really easy, and being in a group of like minded people is a fabulous feeling!

Also see the page on Capricorn>

have a great month, blessings,