A Full Moon Eclipse can bring to light what has remained hidden.

They are periods of great intensity, but also with Chiron involved, a potential for great healing. 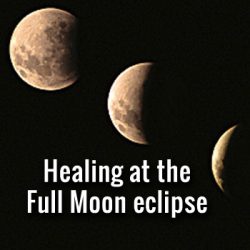 The full moon eclipse at 12.00 on March 23rd in the UK is an ‘appulse’ lunar eclipse. What this means is that the earth’s shadow over the moon will be barely visible. However this is still a full moon when emotions are heightened.

The Sun is now in Aries and we have celebrated the Spring Equinox in the Northern Hemisphere. It’s a turning point of the seasons, and we begin the astrological New Year.

Its not a full lunar eclipse, but it’s still full of potential for healing as Chiron is closely involved with the Nodal axis.

2 weeks ago, the Solar Eclipse was at 18 degrees Pisces on March 9th . This has a far reaching effect for at least 6 months, and will be reactivated on May 22nd when the node reaches 18 degrees Pisces. Please take extra care on that date while driving since Mars retrograde will be exactly opposite the Sun.

One event which the Solar Eclipse triggered was the arrest of Salah Abdeslam, the main fugitive in the Paris attacks in November. Then just days later on March 22nd was the devastating terrorist attack on Brussels metro and airport.

Chiron and Healing Soul Wounds at the Full Moon eclipse

I use Chiron extensively in my work as a spritual healer. I believe that Chiron shows us our wounds, but also our gifts.

Pisces has the gift of compassion, empathy and forgiveness. The most sensitive sign, it can transform the Victim to the higher level of The Mystic.

Chiron travels through Pisces from February 2011 until May 2018.

This transit has been especially difficult as it affects almost everyone born in the sixties who are having (or have had) their Chiron return.

On a recent One Day Astrology workshop I spoke about how Chiron is strongly connected to ancestral healing. I was on the very day when the Sun joined Chiron.

I showed a slide with the information below to the group. I felt very emotional as I spoke about the lost souls forgotten on the battlefields in WW1.

A movie that affected me was The Water Diviner starring Russell Crowe, as a father who went searching for his missing sons. Its a story of grief and loss, but mainly of how much a man loves his children.

As Chiron’s orbit is approx. 50 years, it was also in Pisces during WW1. We are currently tuned in to the wounds of our ancestors, especially to grief.

Chiron Return is at age 50. You have Chiron in Pisces if you were born:-

Remembering our Ancestors. Chiron was in Pisces between 1910-1918

Pisces is connected to Neptune, and produces great artists, film makers, musicians and poets. Some of the events of that time are:-

According to Healing the Body Through Mind and Metaphor by Janie Patrick and Chuck Spezzano:-

The flu is a systemic viral infection, which reflects a strong feeling of being victimized. Sometimes there is a strong feeling that something is ending, and we don’t see a new beginning. We feel assaulted, exhausted emotionally and physically, and want to shrink away.

Eclipse Energy in your Chart

I work with many clients who have strong connections to Eclipse energy. (This is you if you have a planet conjuncting the nodes or at a right angle in your birth chart.)

I guide them through a healing process when they intuit a past life story, then heal it and reclaim their soul level gifts.  This can release huge burdens of guilt, and restore the courage, the power and strength needed for their purpose.

If that resonates with you, I’d love to be able to be of help. Soul Astrology Consultation via this page.

I sell an astrology report which gives information about Chiron along with the 4 Asteroid Goddesses. It explores aspects of spirituality and empowerment in the realm of the feminine. Find out more>