Aries is the sign of  The Pioneer- The Warrioress

The Aries Full Moon signifies a fresh start. It wants us to take action. The Moon is supported by Jupiter in the fellow fire sign of Sagittarius, but challenged by Pluto in Capricorn.

As Mars (the ruler of Aries) is travelling through Libra you may have doubts about moving forward- or be sitting on the fence- a classic Libran dilemma. Take heart as Venus The Goddess is emboldened in Scorpio, along with Mercury The Magician. If you haven’t seen it I highly recommend the movie Wonder Woman for inspiration and encouragement.

“Wonder Woman is a 2017 American superhero film based on the DC Comics character of the same name. In Wonder Woman, the Amazon princess Diana sets out to stop World War I, believing the conflict was started by the longtime enemy of the Amazons, Ares, after American pilot and spy Steve Trevor crash-lands on their island Themyscira and informs her about it.” Wikipedia

Its part mythology, part war, totally thrilling and the message that comes through endorses the power of the feminine and the power of love.

Powerful forces are at work and this will increase as we head towards the next New Moon in Scorpio on 28th October. This is the date of the beautiful festival called Diwali, the festival of light. It’s a significant day as its the one day in the year when the Sun opposes Uranus in Taurus, symbol of the Higher Mind- the higher vibration of Mercury.

A reminder that Scorpio has 3 symbols-the scorpion, the eagle and the phoenix.

In this video above I explore the ancient myth of Pluto and Persephone- how the innocent young girl becomes The Queen of Souls, wife of Pluto in his underworld domain.

Pluto-the God of the Underworld which represents buried power or transformation is significant as both Venus and Mercury move through Scorpio this month. Plus Mars in Libra will square Pluto on 5th November.

I wrote about this at the New Moon, however it is still really relevant.

The major factor that may have been influencing you personally is the journey of Saturn with the South Node in Capricorn. They are both close to Pluto-God of the Underworld.

At last- after 5 months-this difficult conjunction has started to ease off. It started when Saturn went direct on 18th September. If you have planets in the middle of Cancer and Capricorn and Aries and Libra, then you will have been going through this.

I feel for you as my ascendant is 18 degrees Cancer, so yes I’ve been under a lot of strain, stress and tiredness especially during August and September.

Saturn in Capricorn moved forward on September 18th so plans for any projects that you have had on hold for the last 5 months now have the go ahead. Plus at this Full Moon Mercury makes a positive connection (a sextile) to Saturn.  Fellow astrologer Diana McMahon Collis writes “Ideas that may have been rejected or ignored are now being readily accepted.”

Mercury is now in Scorpio from 3rd October until 9th December. It entered the shadow on October 11th at 11 degrees Scorpio. It goes retrograde on 31st October at 27 degrees Scorpio.

Therefore if you have any planet in Scorpio between 11 degrees and 27 degrees you will be connected to the energy of The Magician. Watch out for the signs and messages that come to you. This can be snatches of conversations that catch your attention, Facebook posts, news items that fascinate you, emails that arrive out of the blue.

Mercury retrograde joins the Sun on 11th November at 19 degrees Scorpio. It goes direct on 21st November at 11 degrees Scorpio. This Messenger  planet requires us to dive deep into our emotions, clear any issues in our unconscious and heal the Shadows within. I have Mercury in Scorpio, so I know this territory well! The New Moon on 27th October has 4 planets in Scorpio.

Venus in Scorpio until 1st November.

Mars in Libra until 19th November when it enters its home sign of Scorpio. Mars will square Saturn on 27th October which could be a tough day-so stay patient. It squares Pluto on 5th November so watch out for power struggles.

Mars takes 2 years to travel around the zodiac. In Libra its weak, however as Venus is now in Scorpio it exchanges signs with Mars, which balances and improves Mars. 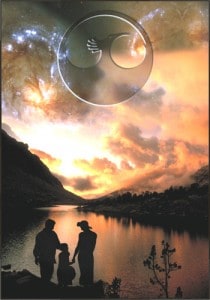 This report tells you about past life lessons that are brought forward into this life. It was one of the first reports I sold and it remains one I recommend to those on a spiritual path. I quote:-

“Our spiritual character and needs are defined at birth. Yet from that same moment, forces around us begin to exert sometimes overwhelming influences on the direction of our spiritual development. Though well intended, these forces may move us along a path contrary to our own best interests.

This conflict between your inner spiritual being and outside forces may cause a dissonance that vibrates negatively through every aspect of your life. Learning to identify and acknowledge the characteristics that define your innermost self is the first step in achieving the inner peace you seek.

This report does not attempt to define your spiritual goals or offer philosophical opinions about what they should be. Rather, it provides an unbiased perspective on the characteristics that define who you are on a spiritual level.

More importantly, it gives you a clear understanding of how to best nurture and develop those characteristics that enhance your progress toward spiritual maturity.

“The voice within us will not be denied. It continues to drive us, inspiring us to change and grow.”
It aims to answer the questions:

There are many ways to bring spirituality into one’s life. This report seeks to give you insight into what works best for you from a spiritual point of view. What challenges must you overcome to live a full life and what qualities you can depend on to get through the tough places.”

In line with my philosophy, this report speaks about one’s whole life from the spiritual point of view.

BUY NOW with secure online payment with Paypal for £15. It’s approx. 25 page report. After payment you’ll be redirected to a Contact page where you enter your birth details – Date, place and time of birth. Your information is entered by hand so will be delivered as quickly as possible, usually within 24 hours. However, please allow more time if ordered over the weekend. The Report will be emailed to you as a PDF file.

Wikipedia on Wonder Woman the movie