This week Mercury goes direct after 22 days retrograde on Wednesday 11th, however it’s moving really slowly all week. This is good news if you’ve been holding back on buying a new phone etc.

How have the last 3 weeks been for you?

One experience I have had is deliveries that were advertised as ‘next day’ took 3 days to turn up. Patience during a Mercury Retrograde cycle is called for and it is so helpful for me as an astrologer to know this.

Mercury is The Trickster, the Coyote, and tricks can be fun-if you’re in the mood.

Little else is happening this week so I have focused my YouTube video at showing how the rising sign changes and the planets move around the sky in the course of a day.

Jupiter rises in the east as Venus sets in the west each evening and both are brilliant in the night sky. Look up and marvel –Venus and Mars –The Lovers- are coming closer together. 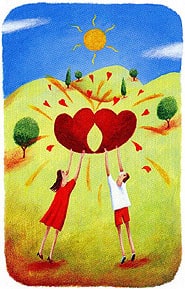 With the Sun in Aquarius, this day promotes love, but this air sign is more about friendship. However it’s a lovely celebration, and seeing red hearts and flowers in the shops brings me joy. Red is the colour of love and passion.

This year I am focusing on Venus as she rises as an Evening Star.

What is fascinating to me is that Venus went into the underworld for 50 days last Autumn. The dates were 16th September-4th December.

I had a realisation recently that as I am strongly influenced by Venus, I didn’t feel like socialising during that time- I too disappeared from view. Saturn (the planet of solitude) was also in Scorpio (my Sun sign) which added to the mix.

Did that happen to you too?

This year as Venus joins the Sun once more she only disappears for 12 days from 9th August -21st August.

This cycle of Venus with approx. number of days —263 days as a morning star, 50 days absent, 263 days as an evening star, and finally, 8 days absent—will total 584 days, an interval also known as the synodic period of Venus.

Last year Venus was rising before dawn, so was the herald of the Sun, Venus appears as the morning star for about 9 months in the East.

Venus then disappeared from view for about 50 days then reappeared as the evening star in the West, rising for 9 months after the Sun has set.

You are strongly influenced by Venus if your rising sign, Sun or Moon are in the Venus’s signs of Taurus or Libra. This especially works in the Vedic System which I use with clients.

On my webinar next Monday February 16th I will show you the charts of Venus at the 7 Gates as she joins the Moon each month, and the correlation with the 7 chakras.

There will be time for questions, so if you’ve already signed up, please email me in advance. 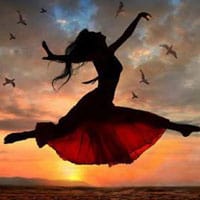 Free Webinar Venus and The Goddess- Passion and Power

The cycle of Venus is associated with the Sumerian myth of Inanna, the Queen of Heaven who descends into the Underworld to visit her sister Ereskigal.

She is stripped of her power and her vestments at 7 Gates and then killed by her sister. However she is rescued and returns to her throne as Queen of Heaven.

We can interpret these 7 gates as the 7 chakras.

We can connect the conjunctions Venus makes each month with the Moon, with the 7 gates (or chakras) that Inanna passes through.

As Venus rises higher in the sky as an Evening Star she is reborn from her initiation with the Sun, reclaiming her passion and her power.

On February 20th Venus meets with the waxing Moon at the 3rd Gate of Power, the Solar plexus chakra in the sign of Aries.

This is a highly significant date as Venus joins Mars in Aries just 2 days later. This is Venus as the Artemis, Lilith or Durga, the warrior Goddesses.

This is passion! Discover what this means in your life. This webinar is now over.