Is this the Year of Awakening or Eruption?

This New Moon in Capricorn starts the New Year, with the Sun and Moon conjunct Pluto, God of the Underworld, the realm of the volcano.

Close by is Mercury, the only God who can go in and out of the underworld at will.

Also in Capricorn is Venus who is retrograding back and will join the Sun on January 11th.

Pele is the Goddess of the Volcano and in ‘The Goddess Oracle’ is entitled Awakening.

“I surge, I pulse I throb

I am never still

I am perpetual motion

The constant hum that you hear

I am always moving

way down in the deeps

In places you can only feel

I wake you up

With lava and fire

Birth of Haumea- The Divine Midwife

In my email came a great newsletter from Philip Sedgewick who alerted me to the birth of a dwarf planet called Haumea, named after the Hawaiian Creator Goddess. She gave birth to many children, including Hawaii’s most famous Goddess, Pele.  She is often referred to as the mother of the Hawaiian people as well as the Great Earth Mother.

When a new planet is discovered it represents the opening up of a new energy in the collective consciousness.

Haumea located beyond Neptune’s orbit and was discovered in 2004. It has a very slow orbit.

It is currently travelling through Libra for 30 years from 10th Sept 1993 until 3rd Oct 2023.  Since Libra is the sign ruled by Venus, and Mars is now in Libra for 8 months, relationships, harmony and beauty are all in the spotlight. On New Year’s day Haumea is at 21 degrees Libra and Mars joins her on 26th January.

Philip Sedgewick is an expert at these newly discovered dwarf planets. He writes about her:-

“The spark is there. Haumea not only possessed unlimited creativity and fertility, she birthed Pele, the source of red-hot lava from within. And Haumea held the makalei stick. This magic wood, when placed in the water, summoned fish so that all the people could be fed. Keep the spark alive, then energy flows. Enthusiasm spreads and seeps over the collective consciousness. People feed on the vibe and rally around the cause.”

In my birth chart Haumea is in Leo, aligned with my natal Pluto, so its no coincidence that my sacred promise is to venture into the Underworld-the unconscious.

This I did way back in 1994 when I first went to Hawaii and stayed for 2 long intensive workshops with Chuck and Lency Spezzano and discovered the healing model called Psychology of Vision.

It changed my life. I healed a major issue with my mother..

Psychology of Vision is based on the principles of A Course in Miracles and is a marriage of therapy and spirituality.

It teaches the principles of Leadership, Vision and Mastery and how we fulfill our Soul’s Purpose when we give our soul gifts to the world.

I teach a Psychology of Vision Course called ‘Steps to Leadership,’ which guides participants through 19 healing principles.

The next Course starts on January 28th and registration is now open.

The unconscious is where the dragon sleeps, but he hides the gold, the treasure. If you’ve seen The Hobbit: Desolation of Smaug you’ll know how protective and fierce he is!

When I relocate my chart to Hawaii, Venus is on my ascendant, so I followed the path of The Goddess Pele. In a consultation I can easily tell you where in the world Venus would be on your ascendant.

Each Goddess has a story that can connect with your soul’s purpose. To find out more, I highly recommend two of the most gorgeous astrology reports I sell.

They are The 12 Goddesses Report‘ and ‘Chiron and the 4 Asteroid Goddesses’.

It has taken me a while to digest the significance but one theme has emerged-that of Venus joining the Sun on January 11th.

As Venus joins the Sun on January 11th it is the start of a new 8 year cycle of Creativity.

The Goddess descends into the underworld, so when she reappears she will be reborn as a Morning Star.

This conjunction of Venus retrograde with the Sun occurs at 21 degrees Capricorn, and the ruler, Saturn is at the exact same degree in Scorpio.

This promotes the actual manifestation of whatever is seeded at this time.

On this beautifully illustrated presentation you will:- 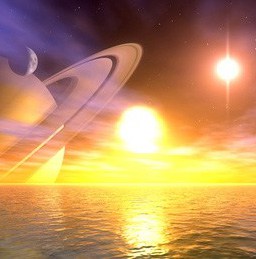 Special Offer What does 2014 Bring For You?

Astrology is all about connection. Observations made over eons of time have shown the synchronicity of planetary movements with events on earth.

It’s the ancient axiom, “As above, so below. as without, so within.”

Want to know what the planets are doing, so you can best plan your future?

Astrology can give accurate guidance to help you navigate the challenges ahead.

The planets offer advice. In a sense, they recommend certain choices over others. They seem biased toward your evolution. They often suggest that you take the less familiar path, the one that moves you into richer fields of your own potentiality.” Stephanie Johnson author of the Solar Transit Report

If you want to share any part of this newsletter please credit me as the author.
Please note that some of these pictures are copyright.