This full moon on July 26th begins the month of Leo, the most creative of the signs and the Hero archetype. This is the call to adventure, as described by the great mythologist Joseph Campbell.

The questions to ask yourself this month are:-

At this full Moon Mercury is on the Royal Star Regulus in Leo, opposite Neptune

Leo is the lion, the King of the zodiac and it is ruled by the Sun. Leo relates to our heart, our courage (coeur) and to our leadership. Ruled by the Sun, Leo is the sign of royalty. The Sun follows a straight path in the sky and it is focused.

Leo has been represented as a lion by numerous civilizations for thousands of years. In Greek mythology it was identified as the Nemean Lion who was slain by Hercules as the first of his 12 labours. Each labour represents a sign of the zodiac. Hercules used the invincible pelt to wear as a cloak, because it could not be pierced by arrows.

Are you in need of strength? Remember -as a child -when you felt invincible?

The main star in Leo is Regulus, in the heart of the lion. It’s one of the four royal stars of Persia, known as the Guardians or Watchers of the four directions. Regulus is the Watcher of the North. Angels are sometimes called Watchers and Holy Ones. Regulus is connected to the archangel Raphael.

Regulus is one of the four key stars in the heavens, also called Archangel stars. They are:-

This Full Moon the Sun is making a positive aspect to Uranus and Jupiter in Aries. It’s time to connect with your creativity and be inspired. Leo is the gambler, the risk taker, and playfulness. Where Leo is in your birth chart will show the part of you that needs self expression and to shine your light.

Saturn has just re-entered Libra where it will stay for the next 2 and a half years. Libra is the sign of relationship, so we are now being asked to commit to partnering, and to balance the masculine and feminine energies within us.

Saturn is part of the extra-ordinary configuration of planetary energies that has been building since June. How you are handling this in your life will have a lot to do with how you handle change.

The planets along with the nodes of the Moon are forming a rare configuration in the 4 cardinal signs of Aries, Cancer, Libra and Capricorn. These are the signs of the four directions, the four seasons, the turning points of the year. As such they are determined and initiate change.

However they benefit from some flexibility. One of my favourite phrases is borrowed from Osho -we are being called to learn how to dance on the shifting carpet.

Mercury is opposite Neptune, where the Sun will be on August 21st/22nd. Mercury is the messenger, Neptune is the highest vibration, the angelic, the Mystic. Neptune can be our biggest disappointment, the greatest heartbreak, or can lift us up to Heaven, where we remember Home.

Neptune governs the ocean, so the BP Gulf Oil spill is a Neptunian event. Much is shrouded in mystery, the only positive is that the world is coming up with solutions to the spill. For sure BP needs to clean up its act (no pun intended), but the collective addiction and greed for oil is the real issue.

If, as a collective we join together, and we start to bless the situation, to recognise that life is holographic, that each part contains the whole, and that our minds are all powerful, we can change the future. Blessing rather than cursing is the solution. 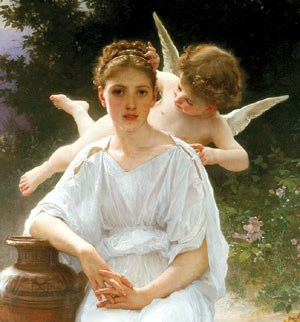 The Angel Report is quite beautiful and was an extremely popular offer at Christmas. Now more than ever we need the reassurance of the angelic energy.

The mysteries of the Angelic realms unfold in this beautifully written and illustrated 20 page astrology report. This Angelic report has been written by Astrologer Stephanie Clement with an emphasis on Neptune in the chart. It is uplifting and very supportive in these testing times.

The report contains:
* An Introduction to Angels in Astrology
* Angels of the Cardinal Directions
* Your Most Powerful Angelic Connections
* Angels in Your Daily Life
* Interacting with Angels
* Glossary – Order of Angels and other Angelic information.