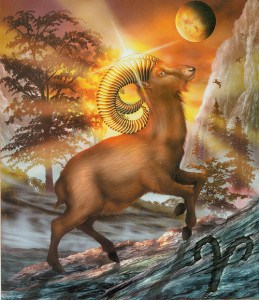 The Aries New Moon sets the theme for the whole astrological month- up until the New Moon Solar Eclipse on May 10th.

With eclipses in Scorpio and Taurus this is a time of transformation and letting go.

This Aries New Moon is a super charged boost of pure energy with 5 planets in this fiery sign. Sound familiar? Last month’s New Moon had 7 planets in Pisces.

The reason for this is that 2 of the personal planets that move the fastest- Venus and Mars -are both travelling close to the Sun at this time.

In Vedic astrology this close conjunction is called a ‘planetary war’.  Venus is under the influence of Mars, so you may have felt unappreciated and unloved. Depending on how well you communicate, if resentments aren’t addressed the Martian anger can suddenly erupt!

The solution is to give appreciation to others.

Venus is moving faster than Mars so she will be the first to move into her own sign of Taurus on April 15th, a day after Mercury moves from dreamy Pisces into vibrant Aries.

Aries wants action, and is totally self-centred. That isn’t to say its necessarily selfish-far from it. With Mars as its ruler, Aries has courage and is truly heroic in nature.

An example I give is that Aries will rush into a burning building to save a child. Aries acts before they have time to think about the consequences.

Impulsive, rash, energetic, courageous, hot headed, Aries is the life force, the blood and adrenaline that gets us moving. It’s the first sign of the zodiac, the colour red.

Where Aries is in your natal astrology chart is the area in your life where you can start a new venture/exercise regime/anything that you haven’t done before!

If fire is lacking in your chart this may mean moving out of your comfort zone.

See the article on Houses below to find out how this affects you.

Be brave, venture yourself. the Gods want it!

This famous quote is very apt at this time;

“After all, tomorrow is another day.” Scarlett is distraught over Rhett leaving her. She hears the past voices of her father, Rhett and Ashley telling her that Tara is her strength and that Tara is where she needs to be. She decides she will go home to Tara as she is never one to quit and give up. Scarlett knows that with each day things change and a person views things differently. She knows that things will be different tomorrow. 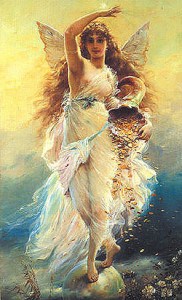 There are certain times in the year when karma can be cleared- this weekend encompasses one of them.
Timed a day after the powerful Solar Eclipse in Scorpio, we have the opportunity to break free of the past, to clear karma.

Karma is connected to the past- the actions taken in previous incarnations. Our birth chart is the sum total of karma- and its not all bad!

We all have good karma, which are past deeds where we have answered the calls for help and been in service to others.

However in each lifetime we are learning lessons on our path of evolution and returning Home to Oneness.

This is a place of innocence, peace and happiness.

According to the creative principle, abundance is always available, however many of us struggle to be in the financial flow in our lives. If you have a belief that money is scarce, and that you must struggle to to get it, then this results in blocked energy and lack.

As the New Moon is in the sign of Taurus, the Goddess energy is strong with Venus being the ruling planet. The feminine principle is the ability to receive.

Healing the lack of self worth is crucial

The ego doesn’t want this- it wants us to stay stuck and live in fear. It tells us that separation- cutting off from things and people we don’t like – is the answer. Its solution is separation. This never makes us happy.

Instead we are being asked to face our shadow, integrate the polarity in our birth chart (as represented by the Nodal axis) and move towards union and our Destiny.

What happens on the Workshop?

Pam will facilitate group processes to help you clear your karma, your past, and embrace abundance. They will include:- 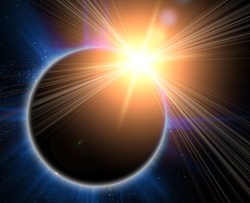 In late April and May there are 2 eclipses in Taurus and Scorpio, making this an intense time as eclipses always bring radical shifts and change in the world.

Timed just before the first partial lunar eclipse in Scorpio on April 25th, this is an invitation to participate in a webinar that focuses on on this powerful time of change.

There is a deep need for transformation and letting go of the past.

On April 27th the full moon is the first of 3 eclipses. This is rare, there are usually just 2. The first 2 occur in the signs of Scorpio and Taurus.  Scorpio is the fixed water sign and the lunar eclipse is very close to Saturn also  in Scorpio.

Astrologer Jeff Jawer said ” This is an Alchemist’s Dream.”

Taurus is governed by Venus, the planet associated with love, self worth and money. Scorpio is governed by Mars and Pluto and is our power, and our resources and investments.

Psychologically these two polarities are about Holding On and Letting Go.

On this webinar you will discover:- 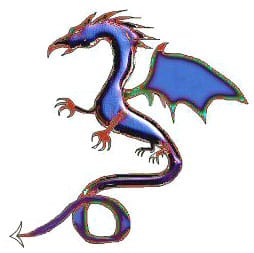 The Nodes: An Excerpt from the Vocation Report by Brian Clark:-

“In the Hindu tradition the Nodal axis is symbolised by a dragon. The North Node is the dragon’s head; the South Node is the dragon’s tail. This archetypal image is an aspect of many culture’s myths. In western mythologies it is the hero who comes across the dragon at some point in their journey and must battle this monster to gain the sacred treasure.

This encounter is a psychological story depicting our battle against the forces that keep us from following our own path. Astrologically, it is along the nodal axis where we encounter this dragon and experience the incentive to confront our own destiny.

In considering this axis we can envisage the North Node or Dragon’s Head as the calling to be heroic, to develop an identity in the world, or in other words, to follow our vocation. The North Node points to what can be developed through valuing and cultivating innate faculties.

The South Node, known as the Dragon’s Tail, is the container of talents, skills and aptitudes gleaned from the past, lying untapped and undifferentiated. Without recognition or consciousness they remain stagnant, unable to be directed advantageously.

Hence a heroic act needs to dislodge and distribute this energy so it can be of service. In circulating this energy the potentiality of the North Node is heightened. Each time this energy is liberated, destiny is petitioned and vocation is more conscious; therefore the South Node is a vital key to unlocking the treasure chest of vocational talent.”

This report is incredibly useful in affirming how you can earn money, your career and the direction that your soul wants you to take. The author, Brain Clarke begins quoting this:-

The outer rewards of career – prestige, status, vacations, salary packages, job security – conceal the urge to express soul through our vocation. This report is aimed at helping you reflect on your vocation or calling. It is not meant as a quick fix, but rather as an aid to self-understanding and awareness which in turn helps your vocational choices.

Whats Going on For You?

SKY LOG Transits and progressions for the next 6 months>
This report will start beginning when you pay, so mid April to mid September