Mercury in Leo is the planet to watch this week.

Leo is the sign of royalty, and the shadow is the belief that – as the King  – everyone should bow down and worship him. Its pride, self inflation and the ego.

Mercury, the Messenger is now moving at top speed. It moves from 5 degrees Leo to 19 degrees Leo this week and makes 7 aspects, bringing each of the outer planets to our attention before meeting the Sun on Friday.

The events in the world will reflect this.

Last week on 1st August a cease fire was agreed in Gaza, only to be broken a few hours later. Mercury had just entered Leo and was squaring Mars. 5 hours later the agreement was broken, just as Mars made an exact square (to the minute) with Jupiter.

Mars is anger, the God of war, Jupiter religion. Both sides believe they have God/Truth on their side. Mercury in Leo is showing us that words and agreements have no meaning unless backed up by the selfless desire for peace.

How can we create a peaceful world?

I believe that the world is my mirror. Taking sides in this conflict – that one side is right, the other wrong is a lose/lose situation. What is it in our human psyche that we are so addicted to the drama of war? How can we, as individuals, create peace in the world?

The answer is that we integrate the 2 warring factions in our minds. And that we use the healing power of forgiveness.

This story springs to my mind:-. 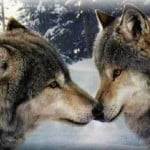 A Cherokee elder was teaching his grandchildren about life.

He said to them, “A fight is going on inside me… it is a terrible fight between two wolves.

This same fight is going on inside of you, and inside every other person, too.”

The children thought about it for a minute. Then one child asked his grandfather,

“Which wolf will win?”

Friday 8th Aug: Mercury conjunct the Sun at 15 degrees Leo. Mercury enters the Throne Room of the King. Now- until it turns retrograde on 5th October -it will be the Scout. More information see www.healingstars.com/articles/mercury/

The inconjunct is a stressful aspect between planets in elements that don’t get on. (Its 150 degrees) It asks for release, for moving into a new situation and letting go. Healing is possible when Neptune or Chiron are involved, but it does involve us letting go of past hurts and changing our mind.

The question is: Would you rather be right or happy? Who do you need to forgive?

7th: Mars trine Neptune POSITIVE Take action to advance your dreams, to connect with the Divine

Want to know what’s going on for you in your birth chart? This Forecast report Sky Log by Steven Forrest is over 50 pages keeping you in the picture for the next 6 months. A bargain at just £15. Find out more>

I rarely give One Day workshops but felt called to facilitate one this month on ‘Healing your Heart’. Its priced at just £65 for the earlybird, Find out more at Healing Your Heart Workshop August 30th>