The Balance of Power

The Autumn Equinox on September 23rd 2011 marks a time of change, a turning point of the year as the Sun moves into Libra and we enter Autumn, or Fall as the Americans so aptly call it.

At the equinoxes the Sun crosses the equator, and we have equal day and night. Equinox comes from the Latin “aequus”/equal and “nox”/night.

In the tarot Libra is the card called Justice.

I searched for a new image of this card, and found this stunning illustration from the ‘Gilded Tarot’ by Ciro Marchetti.

I love the way the artist has used the golden light of the Sun as the linking element.

I recommend printing it and using it for meditation.

Or buy the deck just as I have, see link below.

The scales of justice have their origin in Egyptian mythology, where after death, there would take place the Weighing of the Heart.

This is when the dead were judged by Anubis, using a feather, representing Maat, the Goddess of Truth and Justice.

She is responsible for maintaining order in the Universe, and the heart was the seat of the life-spirit.

Hearts heavier or lighter than the feather of Maat were rejected and eaten by Ammit, the Devourer of Souls.

So this is a month to lighten your heart.

It’s important to know that Libra is a cardinal sign, which signifies action, just like the other 3 signs connected to the seasons of the year- Aries, Cancer and Capricorn.

Since Uranus is in Aries, and Pluto in Capricorn, cardinal energy is now being activated.

The days ahead -as we approach the New Moon in Libra on 27th- is one of Change and Transformation for many reasons.

Pluto moved forward on Saturday 17th. This has a special significance as it went retrograde on April 9th, soon after the Spring Equinox.

Pluto is the God of the Underworld, so is now ready to help us transform all that is hidden -those taboos we still have around bankruptcy, mental illness and sexuality.

Pluto is deep healing and used positively urges us to own our true power.

Always remember that true power comes from the source- the Sun, the star at our centre and the divine spirit within us all. 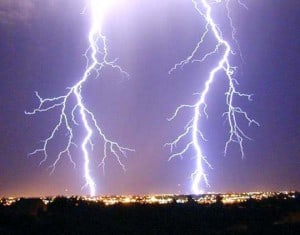 2 Uranus is being activated:
A Radical Shift of Ideas

We are in a pattern this year involving Uranus in Aries making a tense square to Pluto in Capricorn.

Uranus is the Magician, the change agent, Pluto in Capricorn supports what is ethical and sustainable.

Uranus is also high tension such as lightening, which can add to high stress levels.

When Mars came along in August to oppose Pluto, it created a pattern known as a Cardinal T Square. The result was the violent looting and street riots in the UK. However this crisis brought social issues to the forefront of the political agenda.

Now the Sun and then Mercury-both personal planets -are lining up to oppose Uranus in Aries.
This week the Sun sets this pattern off again on September 25th. However the Sun is in Libra, the sign of balance and harmony governed by Venus, Goddess of Love.

At the New Moon on 27th, Mercury the messenger and Guide picks up this opposition. as these are personal planets you may experience upsets and disturbances in your personal life.

Keep your cool and work off excess energy- walking is my favourite, I’m sure you have one of your own ways to calm down.

The Cosmos is giving us a loud warning that its imperative that we change, transform and evolve.

This involves a process of metamorphosis just like the caterpillar dissolves in its cocoon to emerge as a butterfly.

This is similar to the process of moving from the Ego to the Higher Mind.

In nature it’s easy and it can be the same with us, if we don’t resist! However the ego will fight, and fear is its biggest weapon.

3 Five Planets are imploring us:
Time for Letting Go

The Equinox chart shows 5 aspects called an ‘inconjunct’ and Mars forms a Yod (a double inconjuct that points to one other planet) with Pluto and Chiron.

This aspect means we have to let go of issues around being right, feeling hurt, feeling powerless, burying anger and being wounded by others anger.

This is the time of year when letting go is very apt.

Since we are in the energy of the cardinal sign of Libra, as seen by the change of season -this is a time of action.

Uranus in Aries compels us to be inventive. Uranus is the higher vibration of Mercury so this can be ideas that come out of the ether. 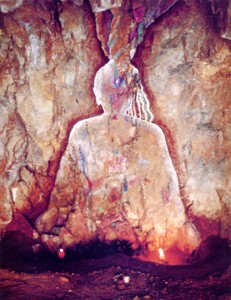 The personal planets- Sun, Mercury and Venus – are all moving to join Saturn, the first being Venus on Sept 29th. Saturn requires commitment and discipline.

Saturn is known as THE karmic planet- crystallized energy that blocks our energy system.

This is a time to set goals that are realistic, and may I remind you that being witnessed by others really makes a difference in achieving them.

(I have lost 16lbs in weight by attending Weight Watchers over a period of 4 months. It works because I had to get weighed each week- and I had a great group leader!)

Now I have started the ‘Steps to Leadership’ group online course I see the same support operating.

The Feminine principle is to be open to receive and this is a theme of this year.

The more we receive the more open we are to financial flow.

Any feelings of unworthiness are being cleared now, and our karmic and earthly debts dealt with.

Guilt is the psychological process that underlies debt- and the world is still full of guilt!

The more we heal as individuals, the more we shift the collective. Awakening and enlightenment are possible for everyone.

In April I was alerted to the work of Buddhist nun Lucia’s Rene. Her book and website ‘Unplugging the Patriarchy’ is stimulating and explores the time long ago when women relinquished power so men could ascend to their hearts.

I am reading it, and it’s a spiritual adventure story. She reveals some fascinating ‘insider’ information about who really runs the world.

A clue- its all about following the money!

The time is now for women to take their place as equal partners. Having financial savvy is vital part of the equation.

However, we still have a collective cellular memory of the times when women were persecuted and burnt or drowned as witches. They were mainly healers, midwives, herbalists or non conformists to the religion of the time.

I have had the album 100,000 Angels by Bliss since 2002 and it is an all time favourite. I play the songs on my workshops and they always bring shivers up my spine.

“Woman of wisdom, woman of power
woman of strength, lioness of courage
She who spins and weaves and cuts the way
she who occupies sacred space.

Take what is yours, claim what is ours
woman take one and all of your powers.
Woman of peace, take war from the world
Woman of silence, this song is yours.

Woman of glory, woman of mercy
Woman of love.”

According to Vedic astrologers, because we are connected energetically to the astral world, the equinoxes mark seasonal cycles as well as cycles within the human energy system.

Christina Hills says that, according to ayurveda, Autumn marks the ‘vata’ season, which is ‘air’ and ‘nerves’. The energy of Vata is changeable and ‘spacey’ so creating routines is vital for our health.

We become susceptible to our upper respiratory system becoming out of balance as we change from the radiant heat of the Sun, and time outdoors, to indoor central heating which is drying.

We may feel more energised, creative and alert during this season, but when Vata is imbalanced, we can experience restlessness or anxiety.

In fact, the need for balance is more important than ever at this time of year, as stress causes the Vata dosha to shift even more out of order, and this can lead to greater stress and imbalance.

Remedies for this seasonal change are:-

Also important is to balance work and play, and to delegate! Going it alone is the sure way to add to stress, partnership and teamwork is the way forward.

This is an ideal time to consider a coaching session to deal with the issues that are currently coming to the forefront of your life.
Pam works very effectively on the phone. See Spiritual Life Coaching

Have a wonderful Equinox, blessings,

Last minute news of a miracle. 11 month old twin girls joined at birth by their heads, are successfully separated at Great Ormond hospital.