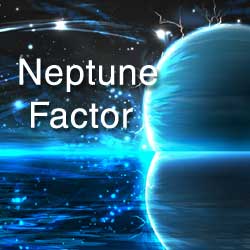 This December Full Moon is a complex web of positive and negative aspects.

It’s dominated by the exact square of the Sun and Moon to Neptune, the God of the Sea. Neptune is the planet of illusion, mysticism, and compassion.

Are you under Neptune’s Spell?

The negative of Neptune is scandal and we have witnessed a multitude of scandals erupting over the last month. Most of these are unproven, spread via Twitter but they have resulted in the downfall of many men, including the tragic suicide of one Labour MP.

Neptune can easily confuse us, it’s like a fog descending on the truth. Its smoke and mirrors. Check the facts (which is Mercury/Saturn’s job) rather than believe anything that you read in the press or on Facebook. Be alert to scams- those emails that purport to come for your bank/Apple/Microsoft etc.

Using Neptune’s energy wisely is the ability to rise above the mundane and connect with a higher vision. It rules the Crown chakra. It went direct on November 23rd. If you are especially sensitive you may have felt this subtle shift.

In my YouTube video I describe the other aspects of this full moon, so please watch it. 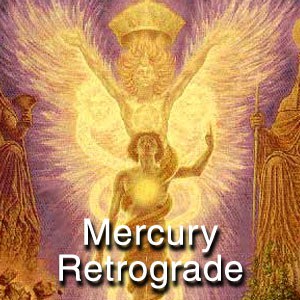 This is a short Mercury retrograde of just 20 days.  Take time to organise your files, do your annual accounts,  sort stuff out.

It is especially good for sorting and editing anything that is connected with  communication and information.  It’s also great for research.

If you are sitting on the fence-which is likely as Mars the planet of action is currently in indecisive Libra- then take advantage of the opportunities that Mercury offers you.

The date to watch is when Mars moves into Scorpio-a sign it rules- on December 9th for approx. 6 weeks. Be bold and daring, the planets are urging you on!

28th November conjunct Saturn, what do you want to commit to? This is a theme of this retrograde.

3rd December retrograde at 29 degrees Sagittarius at the Full Moon so especially significant.

6th December sextile Mars in Libra and 2nd conjunction to Saturn. The perfect day to take deliberate action and move ahead in any venture wholeheartedly.

10th December Trine Uranus in Aries for the 2nd time. A stroke of genius. Brilliant ideas can come out of the blue. Square to Chiron later in the day, so watch out for any negative feedback. This is the voice of the ego that doesn’t want to change.

13th December Joins the Sun at 21 degrees Sagittarius. As a metaphor Mercury enters the Throne Room of the King. Perfect day for meditation. Allow the Messenger to speak to you.

15th December Joins Venus. Venus is now in Sagittarius. Another day encouraging messages of love to come to you. Venus rules the arts, so watch an uplifting movie (Paddington Bear 2 fits the bill) or listen to a song that warms your heart.

23rd December Goes direct at 13 degrees Sagittarius. It was at the same degree on 15th November.

No more aspects until the New Year. It will join Saturn for the third time in the sign of Capricorn on 13th January. Excellent day for that final commitment.