Full Moon in Aquarius activates Uranus the planet of Revolution

The planet of chaos- Uranus- is making a tense aspect-a square to the Sun and the Moon.

Uranus is the force for awakening us to higher consciousness. However it doesn’t care if we have a nice day!

Uranus is similar to the energy we feel in a thunderstorm as the lightning flashes and crashes in the sky. Its the sudden change of awakening. The air feels fresher as negative ions are produced. We can breathe it in and feel renewed.

However, we all know that lightning can be dangerous. Uranus is the Rebel or Renegade Archetype. Its disruptive as witnessed with the protests in the USA and mass gatherings in the UK by people who don’t obey the rules.

Aquarians and those of us who are heavily influenced by Uranus are the bohemians, the non-conformists, the revolutionaries, the anarchists, but also the humanitarians and the astrologers.

They often work in politics, as they want to change the world.

For those of you who have Uranus strong in your birth charts, this full moon in Aquarius could have left you feeling exhausted. This energy continues when Mercury lines up with Uranus on Monday 10th August. The positive outcome can be tuning in to the archetype of the Innovator, the Higher Mind that downloads ideas that can be close to genius.

We all have a choice to connect with the positive – the wake-up call for a step up in consciousness.

Sun in Leo  from 22nd July until 22nd August when it moves into Virgo. Lammas is celebrated when the Sun is at 15 degrees Leo on 7th August at 2.06 BST.

Venus is in Gemini until 7th August at 16.21 BST, then into emotional Cancer.

Mars is in the fire sign of Aries the sign it rules so is strong. Mars goes retrograde on September 10th, so will be spending over 5 months in Aries.  All systems now have the go ahead.

Jupiter is in Capricorn until 20th December. Think how the mountain goat is so agile as it climbs up and you get the idea. It went retrograde on 15th May until 13th September. This period is a time of review, to focus on getting systems and projects working to your advantage.

Saturn re-entered Capricorn on July 2nd. It went retrograde on 11th May. It stays in Capricorn until 17th December 2020.

Uranus in Taurus is now direct until 16th August activating 5-10 degrees Taurus. Make some practical changes in your life and throw out anything that doesn’t bring you joy! There is a favorable connection (a minor aspect called  a semi-sextile) with Chiron the archetype of the Wounded Healer.

Neptune in Pisces favours all the water signs. Watch your visions and dreams, get creative and meditate. I love the meditations with Deepak Chopra as he uses simple sanskrit mantras. See Chopra Center Meditation. Neptune went retrograde on June 23rd. 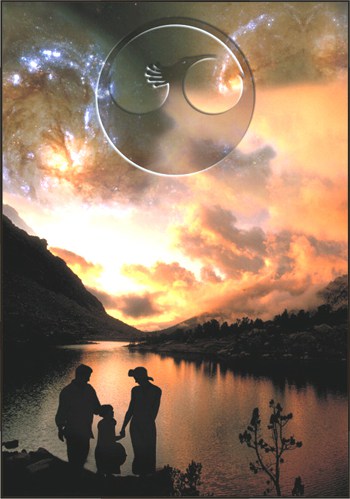 This report tells you about past life lessons that are brought forward into this life.

Our spiritual character and needs are defined at birth. Yet from that same moment, forces around us begin to exert sometimes overwhelming influences on the direction of our spiritual development. Though well intended, these forces may move us along a path contrary to our own best interests.

This conflict between your inner spiritual being and outside forces may cause a dissonance that vibrates negatively through every aspect of your life. Learning to identify and acknowledge the characteristics that define your innermost self is the first step in achieving the inner peace you seek.

This report does not attempt to define your spiritual goals or offer philosophical opinions about what they should be. Rather, it provides an unbiased perspective on the characteristics that define who you are on a spiritual level.

More importantly, it gives you a clear understanding of how to best nurture and develop those characteristics that enhance your progress toward spiritual maturity.

“The voice within us will not be denied. It continues to drive us, inspiring us to change and grow.”

It aims to answer the questions:

There are many ways to bring spirituality into one’s life. This report seeks to give you insight into what works best for you from a spiritual point of view. What challenges must you overcome to live a full life and what qualities you can depend on to get through the tough places.

In line with Pam’s philosophy, this report speaks about one’s whole life from the spiritual point of view.

It covers all the planets and focuses on the 4th, 8th, 9th and 12th houses as they apply to spiritual development.

Author, Stephanie Clement has a PhD in transpersonal psychology. She makes frequent use of the Jungian model – intuition, sensation,thinking and feeling – as they correspond to the astrological elements of fire, earth, air and water.

“This report is very popular because it speaks directly to one’s innermost layers. People who have a spiritual outlook on life often find that this report reaches directly into the core of their being. That’s very good for a computer generated report.” Mark McDonough President Astrodatabank

“Thanks very much for the report. I was amazed at how many things were so pertinent to me. It is very accurate in so many respects.” Chris

Aspects of the Moon

Your higher values radiate from you in the form of spiritual vision. Your actions become more and more consistent with your inner values. You demand discipline from yourself, and you expect it in others. You may have had harsh teachers.

Your spiritual path focuses on compassion for others, and you have to develop compassion for yourself as well. When others provoke fear in you, look also for the love they struggle to express.

Your inner spirit functions easily on the intuitive plane, as you are able to identify and listen to the voice that guides your interactions with others to both their highest good and your own. You can feel change coming long before it arrives.”

Your information is entered by hand so will be delivered as quickly as possible, usually within 24 hours.