Time for Letting Go at this partial Lunar Eclipse in Taurus

First of all I need to say that eclipses aren’t all bad! They do suggest a time of recalibration.  Because this full moon is in the fixed signs of Taurus and Scorpio its the perfect time for a Letting Go fire ritual. (see below under Vedic Astrology)

The degree of a lunar eclipse is only sensitive for one month. Its 27 Degrees Taurus.

A solar eclipse always occurs about two weeks before or after a lunar eclipse. Usually, there are two eclipses in a row, but other times, there are three during the same eclipse season. Its highly likely that you have witnessed a lunar eclipse more than once in your lifetime.

This one is rather special as it lasts for 3 and a half hours. It will be the longest partial lunar eclipse since the 15th century, around the time Machu Picchu was being built.

Between 06:02 and 12:03 UTC on November 19, 2021, the Sun, Earth, and Moon will come into near-perfect alignment and produce a partial lunar eclipse. At the maximum point of the eclipse at 09:02 UTC 99% of the Moon’s face will be covered by the dark inner part of Earth’s shadow, called the umbra.

In the UK its early in the morning so we might just see it. This partial lunar eclipse, the last lunar eclipse of 2021, is visible from North and South America, Australia, and parts of Europe and Asia. 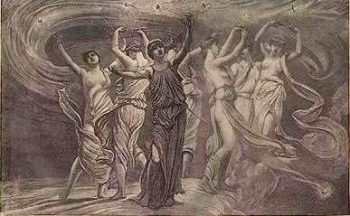 This constellation has many myths connected with it. The Pleiades are the Seven Sisters and the brightest is Alcyone ‘The Queen who wards off evil’. They are mystical and the story of Alcyone is connected to the Kingfisher. If you have the Moon in your chart near Alcyone you may have visions and mystical abilities.

While in Polynesia they believe that this bird has a command on seas and waters. The Kingfisher stands for peace and prosperity. It is connected with Jupiter which is a symbol for abundance and wealth. A kingfisher is a symbol of fertile harvest and good fortune.”

Rather significant as Venus (the planet involved with money) makes a flowing trine to Uranus at this Full Moon in Taurus awakening us to new ideas that can bring prosperity.

From the internet:- The Pleiades were daughters of an Amazonian queen. Companions of Artemis, were the seven daughters of the titan Atlas and the sea-nymph Pleione born on Mount Cyllene. The Pleiades were nymphs in the train of Artemis, and together with the seven Hyades were called the Atlantides, Dodonides, or Nysiades, nursemaids and teachers to the infant Dionysus. They were thought to have been translated to the night sky as a cluster of stars, the Pleiades, and were associated with rain. They were credited with inventing ritual dances and night time festivals.

In vedic astrology the lunar mansion where the Moon is located is called Krittika. In the mythology the seven sisters were the wives of the Great Seers. In western astrology they are named Alcyone, Celaeno, Electra, Taygete,  Maia, and Asterope. Alcyone is considered the brightest and most beautiful of these stars.

Vedic Astrologer Dennis Harness writes : The god is called Agni, the god of fire and transformation. This lunar mansion has the power to burn or cut away negativity to get to the deepest truths. This is a good lunar mansion to perform a fire ceremony to propitiate Agni.

Watch my YouTube video above as I describe a simple fire ritual to Let Go of Grievances.

With trines its easy to fall into a sense of well-being and relaxing thereby not doing anything. Trines are passive. Oppositions and squares are active-we have to do something with them. At this Taurus Full Moon there is a challenging T square involving the Sun Moon and Jupiter in the fixed signs. However  as Jupiter is a benefic it can support rather than block us for moving forward. Its a question of faith and hope.

This November we start the eclipse season. There is a partial lunar eclipse on November 19th in Taurus and on December 4th there is a total Solar Eclipse at the New Moon in Sagittarius.

Sun in Scorpio, then into Sagittarius

Mercury is now in Scorpio from November 5th until November 24th. In Scorpio it’s intense and in the sign associated with both Mars and Pluto it can uncover secrets.

On November 5th Venus moves into the serious sign Capricorn. The Moon contacted Venus on November 8th opening the Crown chakra in Shamanic astrology. Venus will now be in Capricorn until March 5th as it goes retrograde on December 19th.

Mars is still close to the Sun which indicates violence. Mars is in Scorpio- the sign it rules along with Pluto. It will make a challenging opposition to Uranus in Taurus on November 17th and is still in orb until  the end of November, so watch out for accidents and be extra careful. It moves into Sagittarius on December 13th after the Solar Eclipse on December 4th.

Jupiter moved direct on October 18th. Jupiter takes approx. 12 years to travel through the 12 signs. Jupiter rules the Law and it concerned with Truth. Where Jupiter is placed in your chart is where you find your Faith. Jupiter is now direct in Aquarius- The sign of the humanitarian- to give a final boost- the feel good factor- to all air signs- Gemini, Libra and Aquarius. It re-enters Pisces on December 29th. Water signs then benefit-Cancer, Scorpio and Pisces next year until May 10th.  Then again October 29th until December 20th 2022.

Saturn went direct on October 11th. It takes approx. 2 and a half years to go through a sign. It is now in Aquarius, a sign it co-rules with Uranus. The theme of the year is Saturn in a tense relationship (a square) with Uranus. This is the old versus the new. Rebellion and protest marches are seen in the news on a daily basis. Which side are you on?  Do you obey the rules? Or do you revolt?

Venus is applying to Neptune making a square aspect. I highly recommend a book by Caroline Myss ‘Intimate Conversations with the Divine-Prayer, Guidance and Grace’. I am opening it at random every day and the synchronicities are amazing! Reading each prayer has become my daily spiritual practice.

Pluto is the slowest moving planet and currently travelling through Capricorn from 2008 until 2024. It is the God of the Underworld and the unconscious. It is assigned to Scorpio who also have Mars as their ruler. The transit of Pluto in Capricorn calls for deconstruction of the establishment and institutions. It went direct on October 7th.