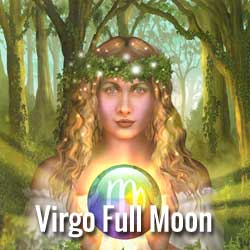 This full moon in Virgo favours all the earth signs

These are Taurus, Virgo and Capricorn. The reason being is that the Moon in Virgo is supported by Saturn’s strength in its own sign of Capricorn. The Sun is in the water sign of Pisces and earth and water get along well. The earth signs give water signs their practicality, water gives earth signs the emotional depth that they can handle.

What makes this Full moon in Virgo extra special is that the Sun and a whole group (called a stellium) of planets are conjunct in Pisces. They are the Sun, Neptune, Mercury, Venus and Chiron.

As a true bonus, all the water signs- Cancer, Scorpio and Pisces – have Jupiter casting its beneficial gaze from Scorpio directly to Venus in Pisces. Watch my YouTube to find out more, and please share it!

Mars in Sagittarius connects to Jupiter in Scorpio

Mars in Sagittarius is ruled by Jupiter currently in Scorpio. Jupiter is the planet that rules the law and justice. Jupiter is Zeus, King of the Gods. Along with this energy is the current Shamanic Overtone of Venus in Aries, the Warrioress.

The news always reflects the planetary movements- it’s the hermetic principle of “As above, so below”.

The tricky dynamic is that Mars is currently in Sagittarius and forming a tense square (90 degrees) to Mercury in sensitive Pisces. In the news is the ongoing argument about gun control in the USA in the wake of the Florida school shootings. I so admire the students who have taken action.

“Students are rising up against gun violence in the aftermath of the Florida shooting. That seems to be the hope after the shootings in Parkland, Florida, that killed 17 people and injured at least 14 others. In the days after the shooting, students and activists have called on their peers around the country to demand action. This has so far culminated in two planned events: The National School Walkout on March 14 and the March for Our Lives on March 24. The theme of both events: Enough is enough.”

On March 14th Mars (in the late degree of Sagittarius) will make an exact square to Chiron, the archetype of The Wounded Healer. On March 24th at the first quarter Moon, the Sun in Aries makes an exact square to Mars in Capricorn. These are dynamic aspects that demand action and results.

A Formidable and Inspirational Woman 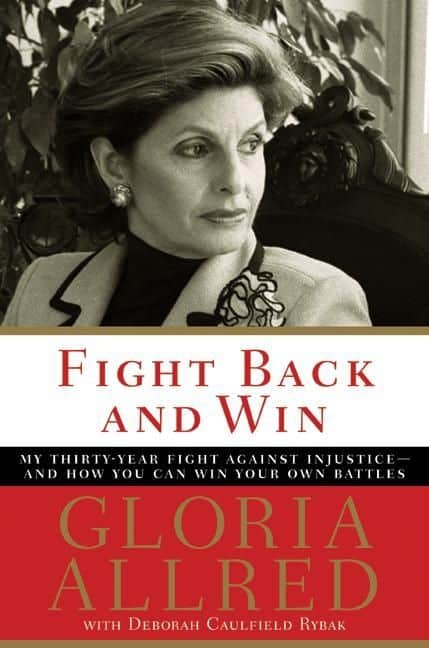 One woman I had never heard of until last week is Gloria Allred. She is an American lawyer now aged 76, (born July 3, 1941).

She’s an American women’s rights attorney notable for taking high-profile and often controversial cases, particularly those involving the protection of women’s rights. She is a feminist extraordinaire. It is said that she’s the woman that President Donald Trump fears!

I watched a fascinating documentary about her on Netflix called Seeing Allred, which is totally inspirational, and I urge you to watch it.

Her motherly energy is palpable. She comforts the women who are giving testimony. Most of these woman only now have found the courage to speak up for the first time about sexual abuse they suffered over 20 years ago. Gloria is trying to change the law about The Statute of Limitations, so their cases can be heard.

For those of you who have been following my Venus Shamanic Masterclasses, Gloria has the Overtone of Cancer. She also has both Mercury and the Sun in Cancer, Moon in Scorpio, Mars in Aries trining Venus in Leo. A truly remarkable woman.

Watch out as I will be emailing the information about my next ‘Venus MasterClass- The 5 Shamanic Archetypes Explored.

The date for your diary is Wednesday March 7th at 7.30pm GMT.

The Mystery and Power of 12 Goddesses

For the first time these 12 goddesses are revealed in this 45-page ground-breaking Goddess report helping you to discover your true potential. There are only 3 feminine planets- the Moon and Venus and now Ceres – and as every woman knows we are far more complex than that!