February has been a month of big changes that are building to the upcoming Uranus square Pluto in June.

First we had Neptune moving into the sign of Pisces, then Saturn went retrograde at 29 degrees of Libra on 7th. Mars is also retrograde.

When a planet goes retrograde it shows us our issues 3 times, so we can become aware of what needs to be re-evaluated, and make new choices in our lives.

Now as Neptune begins its slow journey through Pisces, compassion is the key.

Pisces is the most sensitive of all the signs, and this is heightened at this New Moon, so watch out for people being touchy and easily upset in the coming week.

Keep your cool, and keep centered. Remember that everyone is going through this, and any attacks that come your way are calls for help.

Mel Gibson has become a Hollywood ‘bad guy’. If you’ve followed the news you’ll know that his behaviour has been appalling.

He was obviously way off his centre when his rage exploded at his girlfriend. Looking at his birth chart it is obvious that he is going through a karmic story that needs to be cleared.

I was heartened when I watched another former bad guy, Robert Downey Junior, who has Chiron and Saturn in Pisces, publicly asking Hollywood to offer forgiveness for his friend.

A true friend is there when everyone else is walking out.

Pisces in the Tarot and Past Lives

In the tarot Pisces is the Moon card. The Moon is our soul, and governs the past and our emotions. The Moon sign in in your chart shows your feelings and your tendencies, your habits. In the Osho Zen pack this is called Past Lives, pictured right.

While it may be entertaining to fantasize about past lives, its just a distraction. The real point is to see and understand the karmic patterns of our lives, and their roots in an endless repetitive cycle that traps us in unconscious behaviour.”

Over the last month I have been researching the Nodes of the Moon which show us our prior life. Steven Forrest, an astrologer I much admire discusses this in detail in a book called ‘Yesterday’s Sky.

Suddenly I had an insight about myself and my life, which no astrologer has ever been able to tell me before now.

Steven is an evolutionary astrologer, and clearly describes the very same principles upon which I base my work. I sell two of his reports and they are always well received by clients.

“Evolutionary Astrology embraces paradigms and methodologies which specifically measure the growth of the soul from life to life. These methods invariably focus on the planet Pluto and its relationship to the Nodal Axis.”

I believe that astrology’s purpose is to help us heal, to show us where we need to grow and the work we need to do on ourselves in order to manifest a positive future.

The past has a strong pull. Ever tried to change a habit? You’ll know how hard it is. Its easier if there is someone to support and help you. The south node is where we’ve made some mistakes and screwed up in a prior lifetime. The north node- which is directly opposite- is where we are evolving in this lifetime.

Its our destiny. With this in focus I am now launching a new workshop which is a deepening of my ‘Healing your Birth Story Workshop’. In movie language its a Prequel! 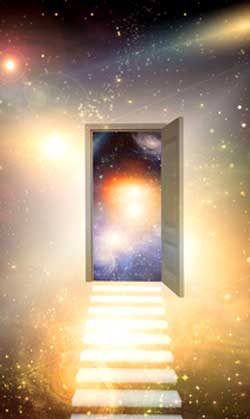 If you’re not 100% happy, then your Soul Story needs some healing.

This new workshop is the culmination of over 10 years of facilitating coaching and workshops.

Are you stuck? Feel like you’ve reached a glass ceiling? Lost your direction? Want to change but find it difficult to do it on your own?

If you’re ready to delve into the reason that you may not be moving forward in your life right now, then this is the workshop for you.

The issues that are trapping us are rooted in the past, and the soul story is what we have brought in from a prior lifetime.

As an astrologer I can reveal it to you by focusing on the South Node of the Moon in your birth chart.
It’s a dark story, related to the ‘shadow’ of the sign of the south node.

On this workshop we can unlock those stories and in doing so open our heart memories and the emotions that have been locked inside of us.

It is timed to access the combined energies of the Sun joining Uranus. This only happens one weekend of the year.

This workshop has a Webinar the week before to fully prepare you for the processes.

There are 10 places and everyone will have a process to heal their Timeline.

This workshop is now over 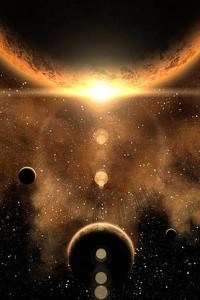 If you feel stuck and can’t seem to move forward in your life no matter how many positive affirmations you make it’s likely that the root of your issue is buried in the unconscious part of your mind.

This is the part of our mind that is most creative and it responds to metaphors, symbols and mythic stories.

Pam coaches you to transform your life so you can reconnect with your vision and live your dream. She works in a highly intuitive and creative style which is suited to those on a spiritual path.

Pam’s clients feel renewed, inspired and back on track with their creativity and vision.

This coaching is combined with an astrology consultation that focuses on the Nodes of the Moon in your birth chart and the planets connected to it. The coaching is a healing process to re-centre you and heal your timeline. Contact Pam to find out more>

Writing is a passion of mine, and I love sharing. I have restarted my Soul Purpose blog, building to the Spring Equinox. This is yesterday’s post:-

Kevin Costner’s Eulogy to Whitney Houston touched me. He waited a year for her so she could star in his movie, The Body Guard. He had such faith in her. At that time she was a superstar, but an untried actress.

He describes how fear and doubt plagued her. That she never felt she was good enough.

This is the shadow of Saturn, which was in her 12th House, traditionally known as the House of Troubles. She had Saturn directly opposite her Sun. Her family role is called ‘The Charmer’ that sheds light on this aspect of her life.