This is the first New Moon of the year and is celebrated in the east as the New Year of the Dragon.

The solar flares which have been penetrating the earth’s atmosphere over the last few days, have affected me with sleepless nights, hence this newsletter is a few days late.

If you click onto my Facebook page I give a link to a fascinating article posted by Michael Erlewine called ‘Children of the Sun’. Solar flares give us the wonderful Aurora Borealis, but also has an effect on our mental, emotional and spiritual bodies.
www.facebook.com/pam.carruthers

Also at present there is a wonderfully creative trine with Mercury in Capricorn- the planet of communication- and Mars in Virgo. This further energises the Mercury function, which is our mental body and taking in new information.

Earth signs are practical and grounded, and we are being asked to be clear about our message and put it into action. These two will be closely connected until 27th January.

Active meditation is one way of accessing the message that the Universe wants to give you. Also Saturn is trining Neptune, which is a higher vibration, and asks us:-

“What is your vision and how can you manifest it? 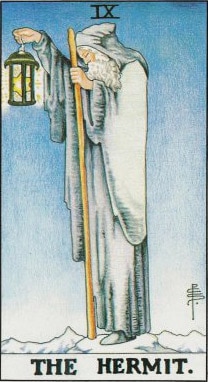 Mars is now retrograde in the sign of Virgo until April 4th. As Virgo is the healing sign, this presents us with opportunities to do some inner healing work. The Hermit is a tarot card that connects us to Virgo and is very apt for this transit.

POSITIVE: TAKE STOCK and SLOW DOWN

PLUS: Be kind to yourself and be gentle with the men in your life!

As Aquarius is governed by Uranus, which is now travelling through Aries (Mars’s natural sign), we have a strong pioneer energy for the next month. This New Moon is making a sextile to Uranus, this shows a harmonious connection between these two energies.

Plus Uranus is the Higher vibration of Mercury – The Messenger and the Magician in the tarot. Classically Uranus is represented by The Fool, however I link it to The Magician. 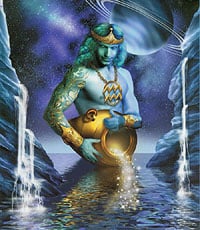 THE KEY PHRASE for Aquarius is “I invent”
Aquarius is the idealist and humanitarian of the zodiac. Aquarius is a networker and the symbol is the water bearer. The glyph looks like radio air waves, of information travelling through the air. It marks the time of year when the days are getting longer and the rains begin. This is the eleventh sign of the zodiac, when the energy is outgoing and universal.

Aquarian myths are concerned with great floods. The Greeks associated Aquarius with Ganymede, the beautiful Trojan boy who was the cup bearer of the Gods. In this cup was ambrosia which is the same word as the Sanskrit amrita, which is the nectar of immortality.

So Aquarius is connected with the concept of a divine substance which nourishes all life, a life-giving drink.

Aquarius also connects to the myth of Prometheus who stole fire to give to mankind and was punished by the gods. He displays the rebel aspect of Aquarius. Aquarius is the inventor and rebel of the zodiac. More info on Aquarius where I will be adding information about all the signs.

In Aura-Soma the 11th house is violet. Uranus as the the ruler is turquoise which is the creative communication of the heart.
The Ascended Master of the turquoise ray is called Maha Chohan who is the inner teacher. Turquoise connects us to the dolphins, to crystals and the media.

However Uranus as a planet also represents shocks, which is orange in this system.

Caroline Myss suggests that any creative project that we have abandoned affects the 2nd chakra which gets wounded. Our creative projects are like our children, and in our birth charts they are the same house- the 5th.

My first ever Aura-Soma reading in 1995 by a beautiful teacher called Paritosh, has been one of the most important of my life.

It was pivotal in giving me guidance that has lasted. These wonderful jewel like bottles gave me vital information about my Soul’s journey that has unfolded over the years.

Colour is a language which we all understand. The Aura-Soma bottles, through their colours, their names and their connection to the tarot, are an esoteric system that feeds my soul. The system now deepens with something called The Matrix and the 3 Stars. These tell you which spiritual journey you are on at the time.

My ‘future’ bottle way back in 1995 was The Wanderer, which is what planets are called as they wander across the heavens. Just then I was just starting to study astrology! The bottle which was my ‘problem issue’ but also my gifts was B79. This is the return journey of The Magician in the tarot, the colours are orange over violet. In my work now with clients I help people heal their Timelines and use regression and spiritual healing. Orange and violet -and their related chakras – are both totally connected to regression!

Please set your intention first to gain the most benefit. I also offer Aura-Soma tarot consultations on the phone or via Skype, that will explore your tarot choice in a deeper way.

Karma and Past Lives 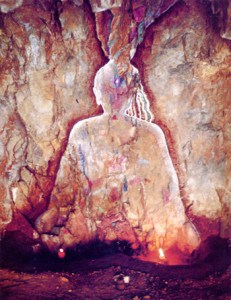 I have been deep in research, especially focusing karma and past lives. The entire birth chart is ‘karmic’ as it shows us what we have chosen to experience in this lifetime in order to evolve. However the south lunar node and any planets that are connected to it, tell the story of our past incarnation.

I have reduced the price of an astrology consultation to £70, so if you are facing an invisible block it may well be that its a story that has come from a previous incarnation.

Saturn shows us what blocks us, and is the planet of mastery. Saturn is just about to turn retrograde on February 7th, so is slowing down at the final degree of Libra, where it stays for over 45 days.

Two authors, Steven Forrest and Gina Rocco, look at your birth chart from the evolutionary viewpoint and as a tool for inner growth. Steven Forrest says that:-

“In astrology, the South Node of the Moon refers to events occurring before your birth, helping us to see what was in your eyes ten seconds after you were born… however we imagine it got in there! The Moon’s North Node, always opposite the South Node, refers to your evolutionary future. It’s a subtle point, but arguably the most important symbol in astrology. The North Node represents an alien state of consciousness and an unaccustomed set of circumstances. If you open your heart and mind to them, you put maximum tension on the deadening hold of the past.”

“Karmically considered, the placement of Saturn in your birth chart indicates where your energetic blockages, weaknesses and fears lie, and the areas of your life where the most concentrated effort and discipline will be required to master and overcome them.  Yet it also points to the aspects of life which can become your greatest strength if you are willing to face your fears and difficulties honestly, and work with them patiently.”

These lunar phases are all in the fixed signs, which means that February is the month to solidify your plans.

Put your ideas on paper, map them out. 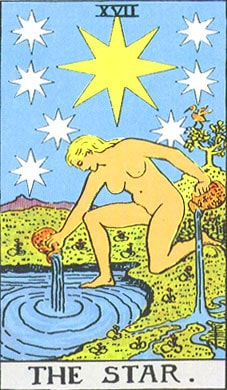 Tarot: Aquarius is The Star

I love Tad Mann’s book The Elements the Tarot. In it he writes:-

” This card shows us the stars of Sirius, worshipped by the Egyptians as the sun of our sun, and the 7 stars of The Great Bear as the governing esoteric spirit of our Universe, just as the star symbolises the soul. He says that the meaning is that “barren areas of our lives may be fertilised by seeing the power above.”

His affirmation is:- “I am a living breathing star radiating pure energies and giving sustenance to myself and others through the inspiration of my light”

Look to the stars late tonight. In the northern hemisphere you’ll see Orion and the Pleiades, the stars of the constellation of Taurus which are only visible in winter.

On the evening of January 30th you’ll see the Moon joining with Jupiter- an ideal time to wish upon a star!

Your Year Ahead: Major Themes and Key Dates in 2012

Do you want to know the key dates to watch out for in 2012?
There are some big astrological opportunities this year as:-

Want the info on when they happen, and what they mean for you?

‘Another Earth’ is a movie which talks about a parallel planet which is just like earth.
NASA has discovered such a planet. Kepler-22b is the first confirmed extrasolar planet found by NASA’s Kepler Space Telescope to orbit within the habitable zone of a Sun-like star.

Kepler-22b, a possible super-Earth, is 600 light years away from Earth, in orbit around Kepler-22, a G-type star. Source Wikipedia.

This song is from the movie and is called ‘To Build a Home’. It is hauntingly beautiful.

With thanks to Midge Vill for mentioning this movie- it will be out on DVD in the UK in April.