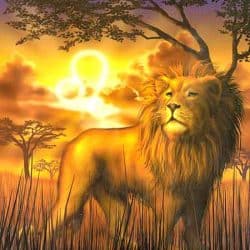 In my Leo New Moon video I show you the chart, then break it down so you can see the positive aspects and the challenges that the planets make.

A New Moon sets the tone for the month. Leo is fire, creative and fun. This is a time to play and connect with your inner child. Schools out!

Do you know your ruling planet?

The traditional rulers are:-

However, since these modern ruling planets have really long orbits- they take between 7 years (Uranus) 13 years (Neptune) and 11-25 years (Pluto) to travel through a sign, I suggest that you consider the traditional ruler instead.

With this information you are already more well informed that the majority of the population.

Mars is now back in Sagittarius.

It was last there between 6th March-27th May. This is good news for Scorpio, since Mars retrograde stirred up some deep emotional issues. As the God of War, Mars in its own sign is super strong and it erupted in the world as violence and the attempted coup in Turkey. Since it made a difficult aspect to Uranus this explains the sudden, uncontrollable release of anger.

On a personal level you may have been feeling on edge, antsy, restless and irritable or had problems sleeping. Mars/Uranus can create high levels of stress and is ungrounded.

Mars in Sagittarius isn’t as intense. As it is ruled by Jupiter, there is a philosophical energy emerging. Sagittarius sees the big picture, it concerns foreigners, other religions and beliefs. It loves adventures.

Mercury is in Virgo until 5th October as it goes retrograde on 30th August. This is good news for Virgo and Gemini.

Mercury slows down, which is no bad thing.

Mercury retrograde happens 3 times a year and in Virgo can be an excellent 3 weeks. Read Marie Kondo’ s book The Life-Changing Magic of Tidying Up: The Japanese Art of Decluttering and Organizing to inspire you to reorganise your outer space to reflect your inner world of beauty.

I have written about this before. It stays in orbit until the end of September, but explains the high anxiety and tension that has been reflected with immigration issues concerning many countries.

Venus connects you to your self worth, to your abundance, how much money you earn and your relationships. This consultation is unique and covers:-

This planet often gets overlooked in a chart reading as the heavy outer planets take precedence, but Venus needs to be seen and appreciated.

We all have a basic need to be validated, to be seen and heard.

Oprah Winfrey said that even the most famous people who appear on her show ask her “Did I do OK?”

My job as an astrologer is to really see you, to acknowledge your gifts and empower you. Rather than predict, together we can co-create your better future.