At this Libra New Moon at 12.05pm BST we are in the season of planets in peace loving Libra.

However Mars is now combust the New Moon, igniting the power and passion of the feminine.

In the US there have been major protests regarding the changes to the laws on abortion. In Afghanistan women’s rights appear to be returning to the days when the Taliban were last in power. In the Uk the disturbing reports of the police assaulting women. 80 women in the UK have been murdered since the beginning of the year.

STOP PRESS A Facebook whistleblower has told senators that the company puts profits before people. She is giving testimony today. In the UK The Pandora Papers have been published. Pandora is an asteroid at 22 degrees of Libra, close to Mercury! Pandora opened a jar commonly referred to as Pandora’s Box as releasing all the evils of humanity. However in the version I prefer the last to come from her box is Hope.

With trines its easy to fall into a sense of well-being and relaxing thereby not doing anything. Trines are passive. Oppositions and squares are active-we have to do something with them. The inconjunct is a letting go aspect, that can be a release moving form one situation to another.

At this Mars New Moon there are 2 challenging aspects called inconjuncts, one to Uranus in Taurus, the other to Neptune in Pisces. Uranus wants change and is shown by protests, Neptune wants vision and compassion.

Plus Chiron in Aries is in opposition. Chiron is currently at 10 degrees Aries. This is the same degree that Mercury will go direct on October 18th.

Time to focus on healing relationship issues and issues of self worth as Chiron in Aries is activating this New Moon.

Mercury is now in Libra until November 5th. It turns direct on October 18th. Mercury in Libra trines Jupiter in Aquarius. This happens 3 times as Mercury goes retrograde. Take note of any messages or ideas that come your way as Jupiter-King of the Gods is speaking to you! The first was on September 30th, then October 4th, and finally on November 1st.

On October 7th Venus moves into the adventurous sign of Sagittarius. The Moon will make contact with Venus on October 9th opening the Third Eye chakra in Shamanic astrology.

Watch out for the New Moon and October 8th as Mars joins the Sun. This indicates violence. However Mars is now in Libra so it has to be diplomatic, which is contrary to its nature. It will make a challenging square to Pluto on October 17th. On October 30th it changes sign into Scorpio, a sign it rules.

Jupiter moves direct on October 18th, the same day as Mercury going direct. Jupiter takes approx. 12 years to travel through the 12 signs. Jupiter rules the Law and it concerned with Truth. Where Jupiter is placed in your chart is where you find your Faith. Jupiter is now retrograde and has returned into Aquarius- The sign of the humanitarian- on July 28th to give a final boost- the feel good factor- to all air signs- Gemini, Libra and Aquarius. It re-enters Pisces on December 29th. Water signs then benefit-Cancer, Scorpio and Pisces next year until May 10th.  Then again October 29th until December 20th 2022.

Saturn goes direct on October 11th. It takes approx. 2 and a half years to go through a sign. It is now in Aquarius, a sign it co-rules with Uranus. The theme of the year is Saturn in a tense relationship (a square) with Uranus. This is the old versus the new. Rebellion and protest marches are seen in the news on a daily basis. Which side are you on?  Do you obey the rules? Or do you revolt?

Neptune will be making a square aspect to Venus in Sagittarius. An ideal time to keep a dream journal. I also highly recommend a book by Caroline Myss ‘Intimate Conversations with the Divine-Prayer, Guidance and Grace’. I am opening it at random every day and the synchronicities are amazing! Reading each prayer has become my daily spiritual practice.

9th October Mercury joins the Sun and Mars so is combust.

19th October Mars in Libra trines Jupiter- take action and commit to your Vision. Jupiter brings faith to inspire you. 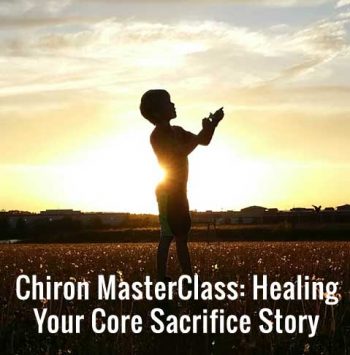 Chiron is currently in Aries and connecting with Mercury 3 times as it retrogrades in Libra.

My mentor Chuck Spezzano says “What used to be a healing archetype has now become a symbol of sacrifice. Healing our wound was how we learnt to heal.

The unhealed healer may have given up on themselves in an attempt to help as many people as possible before they go.

The sacrifice of the Wounded Healer carries a dark glamour. A certain ‘specialness’ and way to get attention from others. We don’t include ourselves, so equality isn’t possible.”

“Chiron is about the wounds that make us wise.” Astrologer Howard Sasportas

In this MasterClass Pam will explore:-

Click this link to register for my fully illustrated MasterClass on Sunday October 17th at 5pm BST. It lasts approx. an hour and will be recorded. Ideal for those in the US.

You get a personal Chiron and the Asteroid Goddesses Report included 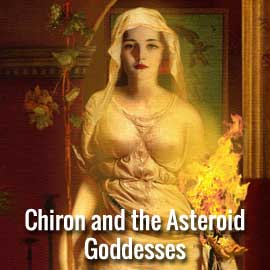 Plus a personal birth chart.  worth £20 included.