Connect with Neptune at this Full Moon in Pisces

At this Full Moon in Pisces with the Sun in the last degrees of Virgo, we are moving into a season of planets in peace loving Libra.

Mercury Retrogrades in Libra-spending 68 days in this sign, the Sun moves into Libra at the Autumn Equinox on September 22nd, and Mars is in Libra until October 30th.

With trines its easy to fall into a sense of well-being and relaxing thereby not doing anything. Trines are passive. However as Mars joins the Sun and opposes the Moon Neptune, my advise is to take action to make your dreams come true. See Pluto as your powerful ally.

Sun in Virgo until the Equinox

Time to focus on health and healing. Be prepared for the upcoming Mercury retrograde. Back up your website-a spare hard disk is a simple method. If grief is coming up then I recommend the homeopathic remedy ignatia. I was given it after my beloved cat Angel died and it really helped me heal the loss in a gentle way. Clear clutter to help make way for the new season ahead.

Mercury is now in Libra until November 5th. It turns retrograde on September 27th. See below for MasterClass.

On September 10th Venus moves into the seductive sign of Scorpio. Get out that black/red dress! Scorpio is ruled by 2 planets, Mars and Pluto. Since Mars is in Libra (Venus’s sign) they are exchanging signs.

Mars is now in Libra so it has to be diplomatic, which is contrary to its nature. However its close trine with Saturn and the North Node of the Moon indicates that its energy can be used constructively toward making long lasting connections that assist the manifestation of plans. 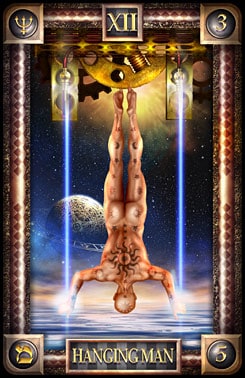 At the Full Moon on September 21st Neptune is close to the Moon. An ideal time to keep a dream journal. I also highly recommend a book by Caroline Myss ‘Intimate Conversations with the Divine-Prayer, Guidance and Grace’. I am opening it at random every day and the synchronicities are amazing! Reading each prayer has become my daily spiritual practice.

23rd Venus in Scorpio opposite Uranus in Taurus 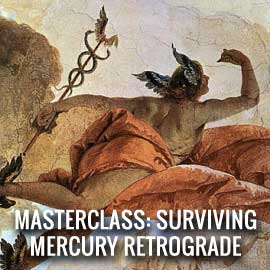 Mercury Retrograde in Libra focuses on relationships, on balance and finding your equilibrium, your centre. These are the qualities of Libra.

Spica is the brilliant star in the left hand of the Goddess holding the wheatsheaf in the constellation of Virgo. Its one of the magical Behenian fixed stars. Want to know more?

Then click this link to sign up for my fully illustrated MasterClass on Sunday September 26th at 5pm BST. Ideal for those in the US.

You get a personal Solar Writer Report or Spiritual Path Report worth £20 included.