The first event is the Full Moon on June 4th which is a Lunar Eclipse at 12.11 BST. For the last 2 weeks we have been in the period known as ‘the eclipse season’. As eclipses create a disappearance of the Sun or Moon, you may have experienced an emotional coaster ride. This lunar eclipse activates 14 degrees Gemini/Sagittarius. If you have any planet at 13-15 degrees it will be sensitized. The Solar Eclipse degree was 0 degrees Gemini.

WATCH OUT for August 27th 2012 when the South Node will be at 0 degrees Gemini. Expect a world event, or a personal breakthrough if that degree is affected in your chart.

This eclipse, and the solar eclipse on May 21st are part of a long cycle called the Saros cycle. The original eclipse on August 29th 984 (yes that long ago!) had Jupiter closely connected with Mercury/Pluto and Mars/Saturn.

According to Bernadette Brady in her book the Eagle and the Lark:-

“This eclipse family will tend to bring success. There may have been periods of hard work (Mars/Saturn) from which the success has grown. With the Mercury-Pluto content there is also the potential for an obsessive idea to finally be accepted, which leads to the promised success of Jupiter. During this eclipse individuals should push for the acceptance of their ideas or methodologies as this eclipse can bring the long awaited breakthrough.”

What makes this even more possible at this eclipse is that Jupiter was conjunct the Sun/ Moon at the Solar Eclipse.

However at the lunar eclipse Mars is dominating the chart. We’ve had a long saga of Mars in Virgo, and it completes on July 3rd. The celebrations in the UK have a lot of drums, bells and noise all of which are good at clearing negative energy.

Take some action in your home to do the same. Burn incense, use Tibetan bells, move furniture and clear away rubbish.

Venus Transit the Sun: Union and the Birth of the Solar Feminine

Venus makes a very rare transit over the Sun on June 6th. It is a 7 hour process and begins at 23.10pm BST and finishes at 5.50am BST. This transit only happens twice in our lifetime so really is rare! It last happened on Tuesday, June 8th 2004.

During this 7 hour transit the Moon will pass over Pluto, the God of the Underworld.

After this conjunction Venus will be too close to the Sun to be visible. Venus’s disappearance from the sky was famously important to the Mayan astrologers who saw it as her descent into the underworld. So symbolically both feminine planets, the Moon and Venus, undergo a process of transformation by going into the Underworld, and re-emerging more powerfully.

Venus will next be seen as The Morning Star, when she is known as the “light-bearer”. She will then have the energy similar to Aries, the Pioneer. This is Artemis, otherwise known as Diana, the Goddess of the Hunt.

This transit occurs in the sign of Gemini. Gemini is duality, the splits in our minds and governed by Mercury. The opposite sign is Sagittarius, which is governed by Jupiter- our Higher Mind.

In the tarot Temperance is associated with Sagittarius. Osho calls this card Integration:-

“The image of integration is the unio mystica, the fusion of opposites. This is a time of communication between the previously experienced dualities of life. Rather than night opposing day, dark suppressing light, they work together to create a unified whole, turning endlessly one into the other, each containing in its deepest core the seed of the opposite.

The eagle and the swan are both beings of flight and majesty. The eagle is the embodiment of power and aloneness. The swan is the embodiment of space and purity, gently floating and diving, upon and within the element of the emotions, entirely content and complete within her perfection and beauty.

We are the union of eagle and swan: male and female, fire and water, life and death. The card of integration is the symbol of self-creation, new life, and mystical union; otherwise known as alchemy.“ from Osho Zen Tarot

This super boost of Venusian energy brings blessings of love and happiness. As Venus is the feminine and is now passing in front of the Sun, (the masculine) we need to balance this polarity. This is especially true since Gemini is the sign of the Twins.

Eric Francis, a US astrologer, quotes Adam Gainsburg who has been describing this as the emergence of  ‘The Solar Feminine.

“Despite the dominance of solar gods at the root of western civilization, the metaphor of light is actually more akin to the feminine principle than to the masculine. Light shines, radiates, illuminates. But from our viewpoint on Earth, the Sun also sets and takes the light with it each evening. This ebb and flow of light is precisely what the feminine is: the flow, the dance, the ever-changing pattern of light into dark and back again.

With the transit of Venus, he says, “What becomes illuminated is how your feminine aspect self-radiates into the world — what you uniquely have to give to the improvement of our planet.” He adds, “The solar feminine is, literally, our ‘light body’. She’s the one inside each of us who leaves nothing uncovered, nothing unfelt. We experience the full range of our actual feelings as her body.”

Yet the Sun is expressive, so this is about being moved to take creative action.

“The Solar feminine is a confrontational idea for many religions because her very existence fundamentally challenges the fragmentary, long-held assumption of masculine spiritual superiority. By re-acknowledging her, we begin to re-empower her. The solar feminine shines not just through the success and expression of women, but through the power of a man’s emotions received in his heart.”

The ‘X Factor’ in your birth chart – The Quindecile aspect

Recently I was alerted to an astrological aspect that I first heard of over 20 years ago, called the quindecile. Aspects are the relationships the planets have together, and just like all relationships they can be favourable, awkward or downright hostile!

The quindecile  (pronounced “Quin-deh-chee’-le”) is 165 degrees and was taught to me by world renowned astrologer Noel Tyl. Noel suggests that “quindecile is an aspect of unrelenting motivation, obsession, determination, upheaval, disruption, even separation.” The planets connected through this aspect are under high developmental tension, and Noel counts it almost as important as conjunction, square or opposition.

If you’ve ever felt this kind of energy running your life, then this may be the answer.

The Solar Eclipse had Pluto making this aspect to Venus.

Pluto which is obsessive, unrelenting motivation toward empowerment or destruction made this tense aspect to Venus, so we can expect similar tension to enter within the emotional system and relationships, and sometimes into the aesthetic sensitivity (which may lead to productive artistic work.)

Great Art that comes from destruction- the metaphor of the Phoenix.

The card from The Tarot of the Northern Shadows shows the card Death as a rebirth. I chose this card a week ago and have been going through a metamorphosis of my website Healing Stars. It’s now more streamlined and focused.

This Lunar eclipse is powerful as Mars is tightly connected to the Nodes of the Moon. Plus there is this quindecile connecting Saturn in Libra (the old and resistance) with Uranus in Aries (the new and innovation).

This is what fellow astrologer Hiroki Niizato says:-
Saturn may suggest obsessive focus on ambition, control and achievement. There may be an intense suppression and disruption of the aspect planet to Uranus, which is an unrelenting drive toward individual freedom, innovation, and even rebelliousness.

So there is a real conflict that needs resolving.
Resistance is the biggest problem we all have to face before we take step forward. It’s the biggest weapon the ego (our small self) uses. 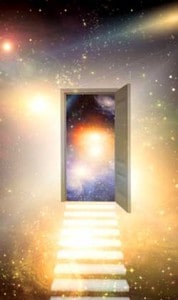 ONE WEEK ONLY SPECIAL OFFER: Past life Consultation with Pam

Plus ‘Your Karmic Insight Report’. Both for £55

This special offer will focus on the South Node of the Moon- and the planets connected with it in your birth chart.
The problems we have in our life are rooted in the past, and this can be a story we’ve brought in from a past lifetime, or an ancestral problem.

As a Soul Astrologer Pam can reveal it to you by focusing on the South Node of the Moon in your astrological birth chart and the meaning of the planets connected to this. Plus she uses intuitive methods and card readings to explore these stories and their relevance to you in your life right now.

Jupiter will change sign into Gemini on 11th June and contact the transiting South Node on 27th June, so over the next few weeks the ‘channel’ is open to revealing and transforming your soul stories.

TO BOOK THE SPECIAL OFFER>

I have just started a Group called Healing Stars on Facebook. https://www.facebook.com/groups/294011657358696/
Its for members only, so as a reader of this newsletter I invite you to join.
You’ll see my frequent postings on astrology, be able to ask questions, and share your experiences of these astrological events.
Joining Facebook is really easy, and being in a group of like minded people is a fabulous feeling!

This website shows a map of where and when the Venus transit over the Sun will be visible. https://eclipse.gsfc.nasa.gov/OH/transit12.html

Eric Francis Transit of Venus and the Solar Feminine https://planetwaves.net/astrologynews/1090641507.html