Chiron and Initiation at the New Moon in Aries

This New Moon in Aries joins Mercury and Chiron so packs a real punch.  Chiron is the Archetype of the Wounded Healer. Chuck Spezzano writes: “This used to be a healing archetype but it can be a symbol of sacrifice. Often the healer gives to others but gets caught in sacrifice. We may have given up on ourselves but we attempt to help as many people as possible before we go.”

If this resonates with you please sign up for my MasterClass

The theme of this New Moon in Aries is Initiation and healing our wounds from the past to give birth to our true selves.  In Chuck Spezzano’s book ‘Healing Cards The Conspiracy Deck’ he writes:-

An Initiation is a new beginning in consciousness. It can be brought about by a ritual, a challenge, suffering, or simply stepping forward to a new level. An Initiation recovers part of the mind, which has been lost over time or through trauma. Initiation has a similar effect as adding more memory to our computer. Greater awareness, psychic gifts, more power and authority, gifts of vision, purpose, creativity, and healing, can all come about as a result of Initiation. Initiation recognizes our life as a spiritual odyssey – an evolution toward Oneness. Initiation is a birth, a leap to a whole new level that launches a new chapter in our lives. Initiation marks the start of us becoming more ourselves. It is a gift and a blessing that has opened our mind to more of its originality. 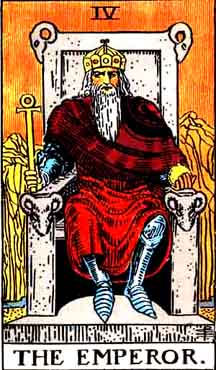 This is the first New Moon in Aries, the first sign of the zodiac ruled by Mars-the Warrior.  Mars is the planet of drive, sexuality, vitality and goals. It gives us the energy to roll up our sleeves and get things down. “Just do it” is the phrase. Where is Aries in your chart? What house (areas of life’s activity) can it promote? Here’s a link to the page Houses in Astrology>

Aries in the Tarot

Aries is represented in the tarot by The Emperor, the Lord of thought and action and partner of  The Empress. In Tad Mann’s book The Elements of The Tarot he writes:- The Emperor is the self assertiveness of the will and power over instincts. Stability and power come through taking on responsibility. Conviction with authority.

His affirmation is “I have the willpower, discipline and ambition to take the first steps on the path to meet my highest goals”.

Mars has courage and gives us the desire to achieve our goals. This New Moon in Aries is the perfect time to set new intentions. Goals can be achieved if we give ourselves small challenges rather than be daunted by too many goals and perfectionism. Write down the list of what you want to manifest during the next month.

Mars is currently in Aquarius and blocked as it approaches Saturn on April 5th. Its like driving a car with the brakes on. Pushing won’t work. Be patient as by 15th Mars changes sign into Pisces. Although not the best sign for Mars it can act as the Spiritual Warrior with compassion for others.

Mercury is close to the New Moon and to Chiron. Stay quiet on April 3rd as Mercury in Aries enters ‘The Throne Room of the King’ and joins the Sun. It will then be an evening star setting after the Sun. This is the phase where Mercury acts as the Psychopomp absorbing all it has learnt as the Morning Star-the Scout. Be aware of  discrimination in reading the messages, the signs. There is a lot of scams around and false conspiracies.

Venus has also been blocked by Saturn in Aquarius, however that has passed. The good news is that on April 5th Venus moves into Pisces, the sign of its exaltation. This is unconditional love, the connection with the Divine. The dream world may be easily accessed especially as both Jupiter and Neptune are both in Pisces. Each night before you go to sleep ask that you may remember your dreams. Venus joins Jupiter on April 30th.

Jupiter: The Explorer/Teacher
Where Jupiter is placed in your chart is where you find your Faith. Jupiter is now in Pisces from December 29th. Water signs benefit-Cancer, Scorpio and Pisces until May 10th 2022.  It then moves into Aries as it is moving really fast. It re-enters Pisces on October 29th until December 20th 2022.

Saturn: The Strategist/Authority
It is now in Aquarius, a sign it co-rules with Uranus. The theme of last year is Saturn in a tense relationship (a square) with Uranus. This is the old versus the new. Rebellion and protest marches were seen in the news on a daily basis. Which side are you on? Do you obey the rules? Or do you revolt? This last square was on December 24 but it is still ‘in orb’. Jupiter is now strong in its own sign of Pisces so can balance its effect.

Neptune: The Dreamer/Visionary
The date that is most important is April 12th when Jupiter joins Neptune in Pisces.

Uranus- The Renegade/Awakener is now direct
Uranus takes approx 7 years to go through a sign and always brings change/revolution. It is the planet that rules inventions and genius. Its now in Taurus (May 2018-April 2026 approx.) and we are witnessing the alarming news about climate change. Taurus is ruled by Venus, and as it’s an earth sign, we are now concerned with agriculture, our food chain and an awakening to our planet’s resources. In our daily lives Uranus wants to shake thing up and cut out old wood.

Pluto-The Transformer/Regenerator
Pluto is the slowest moving planet and currently travelling through Capricorn from 2008 until 2024. It is the God of the Underworld and the unconscious. It is assigned to Scorpio who also have Mars as their ruler. The transit of Pluto in Capricorn calls for deconstruction of the establishment and institutions.

You have given me so much to think about, from discovering my rising sign at last to an introduction to Mayan astrology. It was a fantastic afternoon of discovery about myself and my roots and my potential. I am following up on the reading list (thank you so much for the suggestions – brilliant) and slowly coming to terms with my new persona. The sheer breadth of the reading was really eye opening, as I thought I knew a fair amount about astrology but you opened new pathways for me. So I would warmly recommend a reading with Pam; discovering so many unexpected links and connections has meant that many things are resonating and bells are still ringing!

I have updated the freebie of the Key Dates for the New and Full Moons in 2022. It is sent out to all my subscribers. 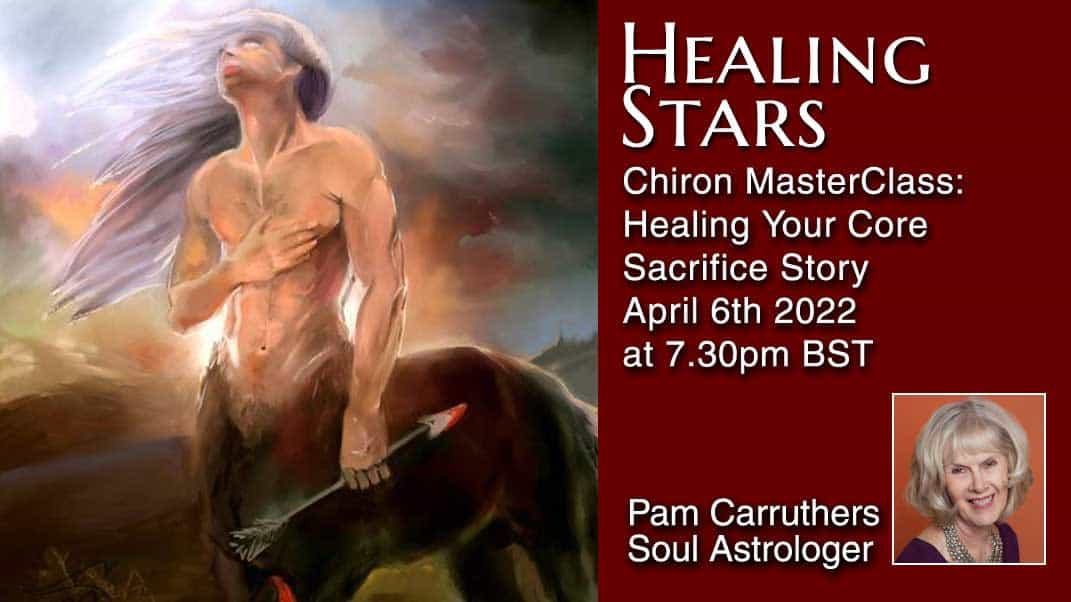 This occurs when Chiron makes a square to its natal position in your birth chart.

Depending on what sign you have Chiron in will indicate how old you were when you experienced this first square to your natal Chiron.

In my research for this MasterClass I discovered that my first square to my natal Chiron occurred when I was 12 years old. At first I couldn’t remember what happened back then. Its a long time ago! I lost my first love plus my beloved pussycat died. I was heartbroken.

I encourage you to sign up to this MasterClass as I will guide you through a healing process, entitled Healing Your Core Sacrifice Story- Reclaiming Your Power

I will also let you know how old you were when you experienced that first wound.

This MasterClass is £20 and includes the Chiron and the Asteroid Goddess Report. This report is personal to you and worth £20. Find out more by clicking this link below.