Are you feeling angry at this Intense New Moon in Cancer?

The asteroid Lilith is close to the New Moon and its not something I usually write about. However it feels totally relevant right now. Watch my YouTube video- its only 7 minutes long – where I explain the myth of Lilith. The image is from the 2017 movie Wonder Woman where the Goddess Diana fights evil. I cheered along with the whole cinema of mostly women at the end! So with the astrology of the New Moon in Cancer, a fight is on our hands. Its time to reclaim our power.

With the announcement in the US revoking Roe versus Wade by the Supreme Court- the right to have an abortion- an army of women are angry and are voicing their protest. The US is going through its Pluto return. Ideally this would promise transformation. However Roe versus Wade was 50 years ago, so this ruling is now having its Chiron return in Aries. This isn’t just a matter for American women, it has reverberations throughout the world.

So how did this news make you feel? Mark Silver posted an excellent blog on the subject. The link to his blog post is at the end of this newsletter.

Here in the U.S., I’m watching the unravelling of human rights protections by Christian extremists who have been handed control of the Supreme Court. They were handed this power by folks who have spent literally decades and hundreds of millions of dollars on pushing a viewpoint based on lies and a raw desire for power. This includes dozens of anti-trans and anti-gay legislation, the loss of body sovereignty for women, the removal of the need for police to inform those arrested of their rights, and now the green lighting of teachers leading prayer in public schools as I write this.

I can’t think of any other way to describe this except as fascism, an authoritarian and nationalistic system of government, that is intolerant of any group but their own, and any ideas but their own.

It’s directly in contradiction to the reality of living in the United States, which contains a great variety of peoples, religions and perspectives, and the vast majority of which disagree vehemently with these changes.

This month the personal planets are changing signs

This often happens but it changes the energy of the month as Mars moves into Taurus on July 5th, then Mercury into Cancer also on July 5th and finally Venus moves into Cancer on July 18th. So the theme is a shift from Gemini into the emotional energy of Cancer. Plus Mars becomes weaker in Taurus as its then ruled by peace loving Venus. This is Mars as The Lover defending, rather than the Warrior attacking.

Mars is in Aries and moving to connect with Uranus and the North Node by the next New Moon on July 28th.

Mars is now finishing its transit of its home sign of Aries which only happens every two years. At this New Moon in Cancer it’s making a challenging square to Pluto. This is a massive power struggle. Pluto buries what it touches, so this can also be felt as rage seething underneath the surface. Its also a fight for survival. If you are feeling angry be ware that sadness lies underneath. To balance this energy, physical activity is the answer. That can be tennis, squash, dancing or drumming.

The death of the remarkable Dame Deborah James from bowel cancer has made a lasting legacy in the UK. She lived for years with a devastating cancer diagnosis and proclaimed that we all need to “check our poo”. Excretion, poo and the bowels are ruled by Scorpio in the body. Dame Deborah had the Moon, Venus and Uranus in Scorpio. Dob October 1st 1981, I presume Woking, UK. No birth time. She made public what is usually hidden away, a taboo and raised millions.

At the time of her death, her fundraising website bowelbabe.org had accumulated nearly £7 million to fund “clinical trials and research into personalised medicine for cancer patients and supporting campaigns to raise awareness of bowel cancer”

Her final message to all the people in the world read: Find a life worth enjoying; take risks; love deeply; have no regrets; and always, always have rebellious hope. And finally, check your poo – it could just save your life. 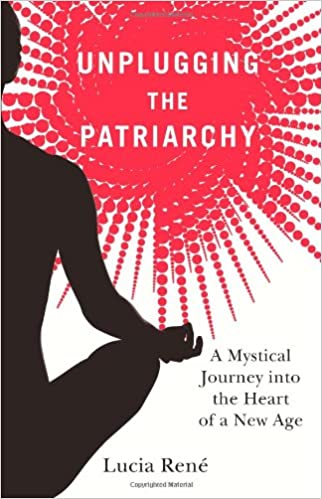 If you haven’t yet bought this book and are fascinated by energy centres in the world then I urge you to buy it. Its called ‘Unplugging the Patriarchy’ by Lucia Rene. It feels totally relevant at this New Moon in Cancer to use our true feminine power to unite together and change our reality. It spoke to the soul of a recent client and so I am re-reading it with renewed interest. The blurb says:-

ARE YOU READY TO MOVE BEYOND THE PATRIARCHY? Just below the surface of our modern world lurks a hidden energy structure created purposely, during the 5,000-year Patriarchy, to limit the consciousness of each and every human being. When three women trained in the mystical arts unite to take this structure apart, they are catapulted into the corridors of power, the recesses of their own minds, and the expanding consciousness of a new age. Unplugging the Patriarchy reveals an x-ray view of the world in which we live. It is a testament to feminine power, service, and love – an unforgettable novel that will inspire you to unplug the Patriarchy within yourself.

Here’s a link to the page Houses in Astrology

Apart from Uranus and Pluto there are no other planets in earth signs at the New Moon in Cancer. However this changes when Mars enters Taurus on July 5th to give you the boost of energy that lasts up until 20th August when it enters Gemini. Pay attention on July 30th when Mars joins Uranus, which is a time to stay grounded as this is a volatile combination. Its also a great day to be inspired as Uranus is the higher vibration of Mercury.

This is the emotional New Moon in Cancer that focuses water signs on compassion and nurturance which Cancerians are well known for. The other planet in a water sign is Neptune and the South Node of the Moon in Scorpio. Issues concerning family and feelings come into our collective awareness. Mercury (July 5th) then Venus (July 18th) will move into Cancer which will support all water signs.

Saturn is now retrograde in the air sign of Aquarius and is still in a T square with the Nodal axis. Saturn can act in two ways, procrastination and depression, or once the past is healed and the burden lifted it becomes mature and is the planet of Mastery.

Just saying that Mercury in Gemini promotes humour but can be the Trickster!

Fire Signs- Jupiter the King of the Gods in Aries

Fire signs bring warmth, enthusiasm and lifts us up. Mars -now in Aries – forms a challenging square to Pluto, exact on July 1st.  At the New Moon in Cancer Jupiter challenges the Sun and Moon. Jupiter is religion and the law. Read what Mark Silver has to say about what is happening in the US. Jupiter represents the truth, so let you inner wisdom guide you.

Jupiter: The Explorer/Teacher in Aries
Where Jupiter is placed in your chart is where you find your Faith. Jupiter is now in Aries from May 10th until it re-enters Pisces on October 29th until December 20th 2022. As Aries is the first fire sign it’s the Pioneer and activates all 3 fire signs:- Aries, Leo and Sagittarius. It goes retrograde on July 29th.

Saturn: The Strategist in Aquarius is now Retrograde
Saturn is now retrograde in Aquarius, a sign it co-rules with Uranus. The theme of last year is Saturn in a tense relationship (a square) with Uranus. This is now almost over.

Instead we see Saturn creating a T square with the nodal axis. This is very karmic and letting go of the past is the key to work well with this energy, especially healing ancestral patterns. Saturn went retrograde on June 4th so this aspect will be relevant until the end of June.

Neptune: The Dreamer/Visionary in Pisces is now retrograde
Neptune is aligned with Pluto which is more about events in the world. This can bring up  feelings of overwhelm and grief. Take my advise and order your Flower Essence Report to help to balance your energies.

Uranus- The Renegade/Awakener in Taurus
Uranus takes approx 7 years to go through a sign and always brings change/revolution. It is the planet that rules inventions and genius. Its now in Taurus (May 2018-April 2026 approx.) and we are witnessing the alarming news about climate change. Taurus is ruled by Venus, and as it’s an earth sign, we are now concerned with agriculture, our food chain and an awakening to our planet’s resources. In our daily lives Uranus wants to shake thing up and cut out old wood.

Pluto-The Transformer/Regenerator in Capricorn
Pluto is the slowest moving planet and currently travelling through Capricorn from 2008 until 2024. It is the God of the Underworld, buried power and the unconscious. It is assigned to Scorpio who also have Mars as their ruler. The transit of Pluto in Capricorn calls for deconstruction of the establishment and institutions. It went retrograde on April 29th until October 9th.

You have given me so much to think about, from discovering my rising sign at last to an introduction to Mayan astrology. It was a fantastic afternoon of discovery about myself and my roots and my potential. I am following up on the reading list (thank you so much for the suggestions – brilliant) and slowly coming to terms with my new persona. The sheer breadth of the reading was really eye opening, as I thought I knew a fair amount about astrology but you opened new pathways for me. So I would warmly recommend a reading with Pam; discovering so many unexpected links and connections has meant that many things are resonating and bells are still ringing!

Chiron is a key component of a Birth Chart analysis 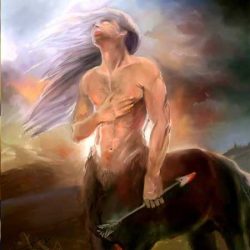 If you were born between February 1969 and June 1976 you have Chiron in Aries. I highly recommend The Chiron Report by Zane Stein I sell to help you understand that the Gift is in the Wound.

This Chiron Report can help you unlock subconscious patterns and free you to move forward on your life’s journey. Chiron in the birth chart reveals the pain of rejection and abandonment from our parents, psychological wounds that are buried deep because we inherited them.

Chiron is currently travelling through Aries for the next 7-8 years. However if you were born in the 60ties you most likely have Chiron in Pisces, the most sensitive sign for Chiron, so this report is especially meaningful for you.

The Chiron Report contains:
An Introduction to Chiron and its meaning
Doorways to Understanding – Chiron in Sign
Where it Began – Chiron in House
Conquering Dragons – Chiron Aspects

Your information is entered by hand so will be delivered as quickly as possible. Please allow 24 hours in the working week, longer at weekends. The Report will be emailed to you as a PDF file.

Chiron Report by Zane Stein On Sale until July 15th