Pam celebrates the New Moon in Libra as it joins Jupiter. This is a month full of hope and optimism.

Libra is ruled by the planet Venus, now travelling through the intense, passionate and powerful sign of Scorpio. This is further intensified as Lilith- the Black Moon -joins Venus.

Many thousands of years ago, the dark goddesses were suppressed by the patriarchy. This year we are seeing the rise of the feminine as women take the lead in politics.

The Moon joins Venus on October 3rd in Scorpio signifying (in shamanic astrology) an awakening of the Solar Plexus chakra- our power and our centre.

The feminine is the ability to receive, and at the New Moon Venus in Scorpio is in a positive flowing connection to Neptune in Pisces. This is personal love joined with Divine love and applies to both men and women.

We are all being asked to embrace our power with blessings from Heaven and live our purpose. 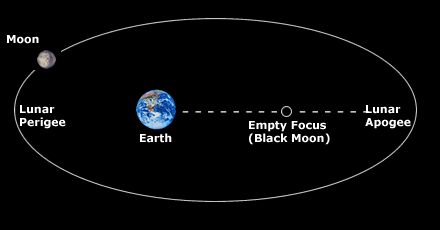 There are 3 Liliths in astrology. The Black Moon Lilith is usually defined as the apogee of the lunar orbit. The Moon moves around the Earth in an ellipse shaped orbit, and the apogee is the point where the Moon is farthest from Earth. Therefore it’s not a planet or asteroid, but an invisible point in space.

It has a 9 year orbit and interestingly spends 9 months in each sign.

Lilith (pronounced lil’ith) was originally the Sumerian Queen of Heaven, a Goddess older than Inanna. The Hebrews took the Goddess and transformed her into the first wife of Adam. As his equal she refused to lie underneath him when having intercourse. Adam complained to Yahweh and she was banished and in Jewish mythology was demonised. Her replacement was Eve, made from Adam’s rib, thus she was subservient to him. It meant that women could only worship God via a male priest, not by direct contact.

In the course of time, the Mother-Goddess was overthrown and driven under, and the triumph of the most patriarchal of archetypes – Yahweh, God the Father, Allah – was complete in the Judaic, Christian and Moslem worlds.

It was only in the tamed form of Mary, Mother of God, that some aspects of the Mother Goddess were permitted to survive. Various Black Madonnas in ancient sanctuaries still bear witness to her.”  From www.astro.com

Venus and Lilith in Scorpio

In traditional astrology Venus in Scorpio is considered in detriment or ‘challenged’. World class astrologer Rick Levine calls this a cultural judgement of thousands of years ago when all astrologers were men, and often monks. It was a patriarchal judgement on female sexuality.

Scorpio is a sign that is deep, dark, intense passionate and emotional. No wonder that Venus in Scorpio as the mysterious power of the feminine was suppressed by the masculine!

He says that Lilith in our charts has the gift of self-empowerment.

In The Goddess Oracle the author Amy Sophia Marashinsky agrees:-

Lilith appears to tell you to take back your power. Where are the places you have lost or given away your power?

What beliefs do you hold that deny your power? Have you been told that powerful women never find mates? Or that women can’t have power because that would make them unfeminine?

Have you been teased, shunned, ostracized by others when you’ve stepped into your power?

Are you afraid of misusing your power to dominate or manipulate?

Lilith says that the way to wholeness for you now lies in acknowledging that you’re not connecting with your power, then second coming to terms with and accepting your power.

Hope as Pandora in Libra joins Jupiter at this New Moon.

From The Goddess Report:-

“Pandora is a Goddess of the Earth. She is a change agent and therefore may be sudden and unexpected like Uranus. Her curious nature and marking of threshold change is Mercurial, linking Mercury and Uranus. As an agent of transformation she has a Plutonic essence as well.

Pandora emerges at a critical time historically and psychologically. She enters Greek myth when the goddess culture has waned and been rejected and man is no longer in favor with the gods. Psychologically Pandora appears to offer hope in devastating times.

She brings a powerful gift that cannot be destroyed by life’s ills.

Hope is the life force that survives the disaster evoking images of healing and improvement. When Pandora is prominent in  a chart she confronts us to delve into the deepest part of ourselves to tap the reservoir of faith.

Having survived the projections and denigration of the other, Pandora resurrects life once again through the auspices of hope.”

The Goddesses of the Earth- Ariadne, Europa, Pandora and Mnemosyne – are the influential representatives in the world who watch over our loves and labours, as well as our trials and triumphs.

Power and Purpose One Day Workshop.
Are you ready to reclaim your power and purpose?

This is an Invitation to participate in a very special day of healing to transform your life.  The workshop is timed to connect with powerful planetary energy:-

Time for commitment: Venus joins Saturn in Sagittarius- sign of the future and ruled by Jupiter planet of Purpose.

Power Chakra: Sun joins Mercury in Scorpio activating the 3rd chakra of Power, and links with the 5th chakra of communication – our second power chakra.

Manifesting Change: The Moon in Libra is opposite Uranus (planet of change in Aries) in a configuration with Mars signifying this is a day of intention and action.

Spiritual Warrior and Transformation: Mars joins Pluto. Both planets are now joined in Capricorn. Mars is exalted in this sign, so becomes the Spiritual Warrior with the strength and power to help us transform. They are in the commitment sign of Capricorn, and root chakra and our connection to Mother Earth.