The Balance of Power

It marks a time of change, a turning point of the year as the Sun moves into Libra and we enter Autumn, or Fall as the Americans so aptly call it.

At the equinoxes the Sun crosses the equator, and we have equal day and night. Equinox comes from the Latin “aequus”/equal and “nox”/night.

In the tarot Libra is the card called Justice.

This stunning illustration is from the ‘Gilded Tarot’ by Ciro Marchetti.

I love the way the artist has used the golden light of the Sun as the linking element.

I recommend printing it and using it for meditation.

Or buy the deck just as I have.

The scales of justice have their origin in Egyptian mythology, where after death, there would take place the Weighing of the Heart.

This is when the dead were judged by Anubis, using a feather, representing Maat, the Goddess of Truth and Justice.

She is responsible for maintaining order in the Universe, and the heart was the seat of the life-spirit.

Hearts heavier or lighter than the feather of Maat were rejected and eaten by Ammit, the Devourer of Souls.

So this is a month to lighten your heart.

It’s important to know that Libra is a cardinal sign, which signifies action, just like the other 3 signs connected to the seasons of the year- Aries, Cancer and Capricorn. Now that Jupiter has moved into Libra the emphasis will be on relationships for the next year. 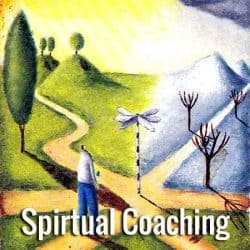 This is a time of change, to transform and find balance in our lives.

This involves a process of metamorphosis just like the caterpillar dissolves in its cocoon to emerge as a butterfly.

This is similar to the process of moving from the Ego to the Higher Mind.

In nature it’s easy and it can be the same with us, if we don’t resist! However the ego will fight, and fear is its biggest weapon.

You may like to consider a spiritual coaching session to deal with the issues that are currently coming to the forefront of your life.

I work very effectively on the phone, or online via Zoom. See Spiritual Life Coaching for more information.

Have a wonderful Equinox, blessings, 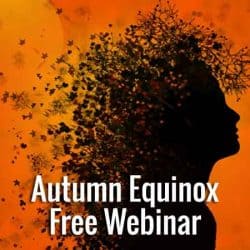 The Autumn Equinox 2016 is an important turning point in the year when day equals night.

The focus is on the sign of Libra ruled by Venus -planet of love and relationships.

At the Equinox the Sun activates Jupiter which has just moved into Libra. This is the first slow moving planet to move into an air sign for some time.

Libra’s essence is the attainment of harmony and tranquillity.

However, that takes an effort of will.  The question is- what are you personally called to balance?

On this beautifully illustrated webinar Pam will discuss:-