“I am the Master of my Fate”:  October New Moon in Libra – Saturn’s Story of Commitment

This is the Month for commitment to the next step, however daunting that may appear to be.

This is because the lunation is next to Saturn, the planet of endurance, discipline and labour. Dancers understand this. The sheer hard work and long hours of practise needed to master intricate steps pays off in achievement that has immensely rewarding. Watch Strictly Come Dancing on BBC1 TV to see this in action. 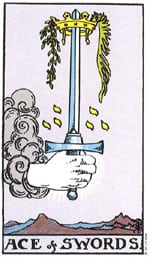 The Sword of Truth- Sun Moon, Saturn and Mercury are all in Libra.

Libra is an air sign and in the tarot air is the suit of Swords. The sword can cut through illusions and show us the truth. As this is a supermoon (the Moon is closest to the earth at this time) we have an opportunity to shift our consciousness.

The Sun faced Saturn last week, now it’s the planet Mercury that is tested by The Lord of Karma. Libra wants harmony, balance and is social. Saturn is sombre and serious, but Mercury next to Saturn creates a dry and very clever sense of humour!

Remember the song ‘Always Look on the Bright Side of Life’?

Saturn loves focus, clarity, goal setting and structure. Take all of those qualities to heart and you’ll be in Saturn’s good books! Clear and throw away old stuff, get systems in place that make your life easier -and ask for help!!

Saturn rules time. One simple thing a friend taught me years ago, was to have a hook by my front door on which to hang my keys. I never have to search for my keys as a result. Discovering www.YouSendIt.com has saved me immense amounts of time. Online banking does the same. Please share any time saving tips you have and I’ll publish the best!

Listen to the Call for Leadership

Leadership means answering the calls for help. Building our relationships is of the utmost importance. Go it alone and you’ll hit the proverbial brick wall -another Saturn metaphor.

Commitment will set you free. As you commit to the truth and take a step forward in your life it will shift you out of ‘dead zone’.

A film I watched recently inspired me was all about commitment and relationships. The film is Invictus -meaning ‘undefeated’ and it demonstrates true leadership, a Saturn quality that Nelson Mandela had.

Mandela also knew the value of relationships. He got to know his staff and always asked about their families. He’s a Cancerian, the sign of the Nurturer and Carer. He understood that rugby was more than ‘just a game’. By supporting the Springboks (a rugby team despised by all non-whites) Mandela found a way to unite a bitterly divided nation.

The Victorian poem (referred to frequently in the film) that kept Nelson Mandela going throughout his long ordeal of 27 years in goal. It is very moving, especially when you know the author’s story: 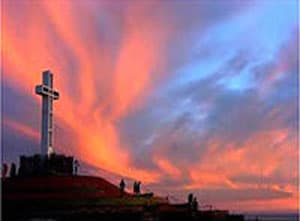 INVICTUS
Out of the night that covers me,
Black as the pit from pole to pole,
I thank whatever gods may be
For my unconquerable soul.

In the fell clutch of circumstance
I have not winced nor cried aloud.
Under the bludgeonings of chance
My head is bloody, but unbowed.

Beyond this place of wrath and tears
Looms but the Horror of the shade,
And yet the menace of the years
Finds and shall find me unafraid.

It matters not how strait the gate,
How charged with punishments the scroll,
I am the master of my fate:
I am the captain of my soul.

It was written by William Ernest Henley, born in 1849, who at the age of 12, fell victim to tuberculosis of the bone. A few years later, the disease progressed to his foot, and physicians announced that the only way to save his life was to amputate directly below the knee.

It was amputated when he was 25.

In 1875, he wrote the “Invictus” poem from a hospital bed. Despite his disability, he survived with one foot intact and led an active life until his death at the age of 53.

A Simple Ritual for the New Moon

A simple ritual for the New Moon is to embrace the energies of each sign. Do it tonight or over the weekend at the same time of 19.44pm. As with all rituals, its the intention that counts.

A suggestion is to put tealights next to each keyword in a line and then as you take each step to speak the phrase and breathe in each energy and all the associated feelings they bring you.

The chart set for London UK is Taurus ascendant. The key word is I HAVE. This is a chart ruled by Venus, Goddess of Love and Wealth. What do you have in your life? Do you appreciate and value all that the love you have?

The South Node in Cancer: I FEEL.
What you you need to let go of in the past? What hurts,Â misunderstandings grievances are you holding onto? Remember then let them go.

The 4 planets in Libra, Mercury, Saturn, Sun and Moon: I BALANCE
Commit to clear communications, to focus and to equal partnerships. Allow yourself to ask for help!

Venus and Mars in Scorpio: I DESIRE
Embrace your power, be willing to enter the underworld of the unconscious.

North Node and Pluto in Capricorn. I REQUIRE
Time to take on the qualities of perseverance, to be the authority in your life, to take responsibility.

Chiron and Neptune in Aquarius I UNDERSTAND
Healing and connection with community, with friends and with humanity

Jupiter and Uranus in Pisces I BELIEVE
Open to psychic gifts, to dreamworld, to spirituality.

Matt Cardle on the X Factor is a Saturn Libra character

A painter and decorator, he’s 27 so he’s about to have his Saturn return. I just love him and he sings like an angel. Listen and you’ll be spellbound!

In Part 2, I will describe what Venus retrograde in Scorpio means for us all.