This Thursday September 23rd, the the Full Moon in Aries falls on the same day as the Autumn Equinox. This is very rare event. This seasonal shift is especially powerful, since the Sun will be moving into major aspects with Pluto and Saturn over the next 8 days.

Because of the number of aspects this Full Moon energy lasts for about 10 days from Sept 21st to Oct 1st.

At the equinoxes the Sun changes direction and we have equal day and night. Equinox comes from the Latin “aequus”/equal and “nox”/night.

Because we are connected energetically to the astral world, the equinoxes mark seasonal cycles as well as cycles within the human energy system.

On the equinoxes, the Sun passes over this zero field, creating a still point in which the Earth’s magnetic energies reach their lowest ebb, at which time the entire Earth becomes intensely bathed in higher astral (spiritual or cosmic) forces.

This period of increased etheric radiation extends from the day before to the day after the equinox, so for about 48 hours total.”

Have you heard of the Super Galactic Centre? I hadn’t until now. Author and astrologer Stephanie Austin writes about in in The Mountain Astrologer magazine. It is as 2 degrees 11 minutes of Libra, around which our Milky Way galaxy and 30 other galaxies orbit. She says it ” functions as a homing beacon, a transmitter of stellar intelligence streaming across millions of light years, impelling us to embody the energies encoded in our birth charts.”

Each year the Sun crosses this point, but to occur both at the Full Moon and 4 outer planets involved, is extremely rare. It lies in at 0° Libra just above the Virgin’s head, near the Halo of the Virgin and the constellation known as Coma Berenices. If you have planets at 0-4 degrees of Libra then you are connected to this celestial story.

Astrologer Nick Anthony Fiorenza writes:-
“Astrologically speaking, Super Galactic Centre can be thought of as the point defining our spiritual origin, a place offering nurturing and guidance for the evolutionary fulfillment of our souls.

Super Galactic Centre provides a phenomenal opportunity for our greater well being, but only if we are willing to totally surrender personality and egoic-based beliefs, attitudes, and past ways of living, and listen to and act upon the spiritual guidance that the natural world provides. As is the case of most black holes this is all or nothing deal.

Super Galactic Centre offers the opportunity to transmute our past for something far greater, but we must be willing to live from Self / Soul rather than from self-importance. On an individual level, the SGC black hole can involve the need to relinquish personal scenarios or past events in our lives that may seem that, if we let them go will result in our total demise.

But on the contrary, it is only through the surrender, the relinquishment of the past into this massive black hole of cosmic consciousness, of Divine Intelligence, that will allow our re-emergence, our re-birth, into a new light of being.”

Your Crowning Glory -A Woman’s Sacrifice

The stars of Coma Berenices tell a story that develops this theme of sacrifice for a higher purpose. The Greek story was that Queen Berenice was awaiting her husbands return from war. She prayed to Aphrodite and realised that if she could sacrifice something of great importance, this would ensure her husband’s safe return. Her sacrifice was her golden hair.

(This may seem a small sacrifice nowadays, but a woman’s hair in that time was a sign of her status and to have short hair was a form of disgrace.)

She cut off her hair and offered it to Aphrodite. However, the hair disappeared from the altar and it was said that Aphrodite took the tresses and placed it in the heavens.

Berenice’s offering to save her husband’s life was a story of a woman’s sacrifice, quiet and gentle, but at her own expense.

Dreams of the Future

At the Equinox at 4.09am BST the Moon in Pisces moves toward Jupiter and Uranus two hours later. This is a blissful union full of grace, love and miracles. Jupiter governs the pituitary and Uranus the hypothalamus, so the third eye is being activated.

This happens during our sleep in the UK (unless you’re an early riser). However, take really good notice of prophetic dreams over the next few days! Make a point before you go to sleep to ask that your dreams are remembered, especially the ones you have just before you wake as those are connected to the future.

We are back revisiting the intense Cardinal T Square that has been the theme of the summer. Cardinal signs signify a change in direction. Notice the strong red lines on this chart. They indicate tension and potential conflict.

In this Equinox chart Mercury is unaspected so watch out for possible breakdown of communications. The Mercury retrograde ‘shadow’ is still in effect until September 27th so double check all arrangements.

A square is a dynamic aspect creating a challenge and extreme tension. Leaders will face conflict. This is all about being ready to make changes even difficult ones where they are necessary. Release objects, people+ and expectations that inhibit your growth. The Moon in Taurus will make a creative trine to Pluto so transformation can be easy!

With the Sun joining Saturn on October 1st we are asked to step into Mastery. This is a place of ‘being’ rather than doing. Integrity and Truth and keywords for Saturn. Committing to friendship, your partner whether personal or professional is the way through. Try to go it alone and it will be hard work. Remember Sisyphus who was punished by the Gods and spent all day every day pushing a rock uphill only to have it roll back down again? 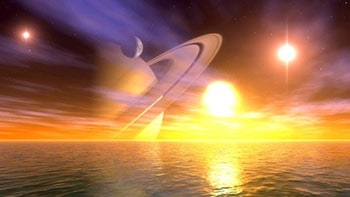 Mercury retrograde has played havoc with the start of this course, but now the technical hitches seem to be resolved. I have changed the delivery from Teleseminar to free Conference calls via Skype.

This means that the calls will be free -even if you live abroad. This exciting new course will introduce you to the basics of astrology from the comfort of your own home.

It will help you absorb and understand astrology by accessing your intuitive right brain. We’ll be working with images, music, suggesting movies, rituals, activities and foods to bring astrology into your daily life as a living breathing language of the stars.

With this unique course I will help you explore the healing principles and teachings I use on my unique workshop Healing Your Birth Story.

The aim of the course is for personal growth, to open up and increase your intuition and give you an awareness of the symbols, metaphors and archetypes that are the source of your creativity.

Have a wonderful month,

2 thoughts on “Autumn Equinox- A Gateway to the Galaxies”