Full Moon in Aquarius- Sun in the Heart of the Lion

The Full Moon on August 21st at 2.45am BST is the second full moon in Aquarius, with the Sun in Leo.

This happens once every three years as one zodiac sign gets a double-dose of lunar energy (a gift each sign receives about once every 36 years).

At this Full Moon the air sign of Aquarius gets the gift. Aquarius is the Water Bearer, and the The Greeks associated Aquarius with Ganymede, the beautiful Trojan boy who was the cup bearer of the Gods. In this cup was ambrosia which is the same word as the Sanskrit amrita, which is the nectar of immortality.

So Aquarius is connected with the concept of a divine substance which nourishes all life, a life-giving drink. Aquarius also connects to the myth of Prometheus who stole fire to give to mankind and was punished by the gods, thus he displays the rebel aspect of Aquarius.

The first Full Moon in Aquarius on July 22nd was at 0 degrees of Leo/Aquarius, this on August 21st is at 28 degrees, right at the end.

Leo is the sign of the heart and the individual- Aquarius is where we collaborate with others.

All Full Moons bring out emotions and we are witnessing massive groups protesting in Egypt and the building of an anti fracking protest movement in the UK. 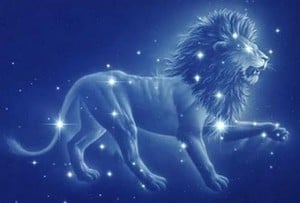 This Full Moon is especially important for these reasons:- 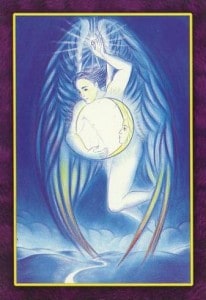 The Four Royal Stars of the ancient Persian monarchy are called the Four Guardians of Heaven. Regulus is in the Heart of the Lion- it’s a triple star flushed white and ultramarine. its called the Watcher of the North.
There is also a connection to the 4 Archangels:-

Originally these 4 Stars marked the two Equinoxes and two Solstices giving them their importance in the sky.

Aldebaran marked the zero Aries point in 3044 BC, Antares marked zero Libra in 3052 BC, Fomalhaut marked zero Capricorn in 2582 BC and Regulus marked zero Cancer in 2345 BC. Because of the precession of the equinoxes they have since moved signs.

Aura-Soma and Royal Blue- the colour of the Third Eye

Archangel Raphael is the Archangel of Healing. In Aura-Soma it’s the higher vibration of the Moon in the Major Arcana. Its bottle 96, and the colours are Royal Blue over Royal Blue, which further emphasizes this Full Moon. Royal Blue is the Third Eye chakra, the inner teacher of intuition.

This is the perfect time for a healing meditation.

From Aura-Soma:-
“The Higher Mind Functions. A desire to replace survival and security issues with a peace that passeth all understanding. The little bit of pink in the royal blue-the possibility of awakening within ourselves.”

The High Priestess is also relevant as she is the tarot card that symbolises The Moon. In Aura-Soma this is The Peace Bottle, blue over blue.

CREDIT: B96 Archangel Raphael drawn by Phyllis Mahon from Aura-Soma Tarot (out of print)

If you have a planet at 12 degrees in your chart, then you may feel especially emotional as Jupiter makes a trine to Chiron the Wounded Healer and at the same time makes a square to Uranus, the planet of sudden change. (If you don’t know your chart then this month’s special offer is a great investment)

Energy healing makes sense as the earth’s magnetic field is also changing. This happens every 11 years so isn’t anything to be concerned about.

Keeping grounded is important by walking barefoot, avoiding over stimulation in the form of caffeine, alcohol and late night TV all help.

Venus in Libra is now moving fast in the sky and by August 26th a rare Grand Cross will form. Libra represents balance, peace and harmony.
It also governs diplomacy, so God willing that this will prevail. Mercury joins this configuration later on 14th-19th September.

Find out more by watching my YouTube video, see above. 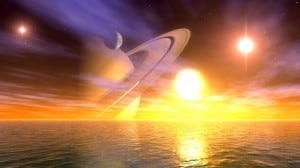 SPECIAL OFFER! Do you know your chart?

On offer this month is the beautifully illustrated Solar Writer Astrology report PLUS At a Glance Transit Report for a Year.

(This is the perfect report to use alongside Steven Forrest’s Sky Log report.)

This is beautifully illustrated with a birth chart wheel. This Solar Writer report written by Stephanie Johnson achieves an integrated feel by writing more expansively on fewer factors.
The author has a background in traditional and esoteric astrology so the report focuses more on who you are than why you act as you do.
The only astrological terms used in the text are the names of the planets and signs which makes it a good report for those who get distracted by astrological jargon.

This Report describes your:-

Each section covers the points by sign and house with the major aspects.
This report is also excellent as a present. Average report length: 20 pages with beautiful illustrations.
Usual Price £15.00

2nd Report: Your Future- At a Glance Monthly and Yearly Planner Transits

<h4″>Do you want to be able to plan ahead and see at a glance the important transits that affect your chart?

Are you planning any events? Want the best time to run a workshop? Launching a business, a website, a new career? Planning to marry? Are you a healer and want the best dates to meditate? Go on a retreat? Attend a workshop?
‘Solar Writer Transits’  is approx. 32 pages and includes a full colour birthchart and easy to follow bar graph of the year’s events.

Usual price £15 for approx 32 pages.
Testimonial “Thank you ever so much for the charts, I really enjoyed reading them and I really like the style of interpretation.
I have bought similar reports and I much prefer these. They make more sense and are much clearer in their explanations of the relevant influence of the planets.
The transit report explained the big picture that helped to set scene for the following transits.” Clare

blessings for a joy filled month, and in the spirit of Apollo, the Sun God- focus on your strengths!