As I wrote 2 weeks ago, if you’ve been having sleepless nights it could be that you are sensitive to the energy of Neptune. It’s the planet of dreams and is now direct. It is fully activated at the Solar Eclipse, so take notice of your dreams and use them to revision your future. Be aware of being seduced by false information as Neptune can also obscure the truth. Neptune is now fully activated as it squares the nodal axis.

The Sun and Moon are both in Sagittarius, so at the Solar Eclipse they form a positive relationship to Mars in Aries. We all get the go ahead and the Electoral College officially confirms Joe Biden as President Elect.

New Moon in Sagittarius is a full Solar eclipse

A Solar Eclipse is when the Sun and Moon and the Earth are in alignment. They happen twice a year and the last one was on the Summer Solstice on 21st June. The energy lasts for 6 months. This Solar Eclipse is really close to the Galactic Centre, the heart of the galaxy. If you have a birthday from 14th- 19th December then you are a Galactic Ambassador, with a purpose to help mankind.

Watch my video as I introduce a healing exercise at the end.

This is the date to watch as both Jupiter and Saturn align at 0 degrees 24 minutes of Aquarius. This starts a whole new cycle that lasts 20 years. Its an amazing event as it occurs on the Winter Solstice, a sacred time of year. More info will come in a separate newsletter.

The Sun is still in Sagittarius, so during the month it will be forming a positive relationship to Mars in Aries. This is exact on December 11th. Fire signs are optimistic, they have an enthusiasm for life and a natural warmth which makes them very popular.

The element of fire gets on well with air signs. That translates as the fire signs Aries, Leo and Sagittarius get on well with Gemini, Libra and Aquarius.

Sun in Sagittarius from 21st November until 21st December when it moves into Capricorn, the Winter Solstice.

Mercury is now in Sagittarius until 20th December when it moves into Capricorn.

Venus is in Sagittarius. It’s a Morning Star and moved into Sagittarius on 15th December.

Mars is now direct in the fire sign of Aries the sign it rules so is strong. The warrior planet will be spending over 5 months in Aries. Watch out for fires, anger issues accelerating and riots. It will change sign into Taurus on 6th January.

Jupiter is now direct in Capricorn on 13th September. Think how the mountain goat is so agile as it climbs and you get the idea.  This period is a time to launch any projects involving teaching. It moves into Aquarius on 19th December for approx. 11 months.

Saturn is direct in Capricorn. It moves into Aquarius on 17th December. This ends two and a half years of Saturn in Capricorn so comes as a welcome relief for all Capricorns.

Uranus in Taurus is now retrograde activating 6-10 degrees Taurus. Make some practical changes in your life and throw out anything that doesn’t bring you joy!

Neptune The Dreamer moved direct on 29th November. In Pisces it favours all the water signs. Watch your visions and dreams, get creative and meditate.  Neptune has been retrograde for 5 months since June 23rd, so we now have an opportunity to bring our dreams into manifestation. Trust your intuition. 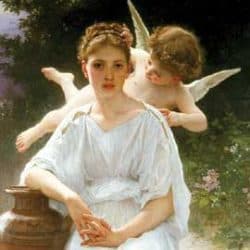 Astrology Report of the Month- A great present

This Angel Report focuses on Neptune and your connection with your Angels.

This Angel Astrology Report It is uplifting and very supportive in these testing times. The mysteries of the Angelic realms unfold in this beautifully written and illustrated 20 page astrology report.

Now that Neptune is transiting through the sign of Pisces, our connection to ‘other dimensions’ is stronger than ever.

Full details on this page>

Your information is entered by hand so will be delivered as quickly as possible. The Report will be emailed to you as a PDF file.

Also find out out about the deeper, more complex aspects of the feminine as shown by the 12 Goddesses in your birth chart.