So much has happened in the news its been difficult to digest and send you a meaningful newsletter.

The full moon concluded a week when the unimaginable Fall of the Murdoch Empire become a living reality. It’s like something out of Star Wars.

The story in the UK of the phone hacking scandal is extraordinary. Although phone hacking was well known, the public sat quiet. “Royalty and film stars deserved what they got” was the underlying mood.

This continued until it was discovered that the 13 year old murder victim Milly Dowling’s last ever voicemail messages from her parents were hacked. To make room for more voicemails they were deleted by an investigator working for the News of the World. This caused her parents to believe she was still alive.

So what’s this got to do with astrology?

With a six week period of eclipses, this has been an extremely testing two months.

The Venus opposition to Pluto that was building from July 1st until exactitude on July 9th, was this story enacted in the news.

Rupert Murdoch is the epitome of the archetype of Pluto. Powerful, secretive, a mogul who seems god like. He is a modern day Emperor. Or Darth Vader.

He has the signature of a publisher and media mogul- the two Gods Jupiter (The Sky God) and Pluto (God of The Underworld) are conjunct in Cancer in his 7th house of the public.

Two females- Rebekah with her striking Medusa like red hair and the innocent young maiden Milly Dowler are two aspects of Venus. Rebekah is a Gemini, Milly was a Cancerian. There is a strong sense of karmic justice that, through her death, Milly has brought this scandal to light.

I read in a brilliant account in The New Yorker that Murdoch’s mother (who is alive and well at the age of 102) called him ‘that wretched boy’.

Was his all consuming thirst for power really a way to win his mother’s love and approval?

Free Yourself from Unconscious patterns

Pluto is the God of the Underworld. As such, it is the unconscious and all that is buried and hidden including buried treasure. It governs the Mafia and the Secret Service. Watch the Lord of The Rings series to see how power can corrupt-only Bilbo Baggins who is pure of heart can survive.

It rules transformation. Now in an earth sign it is digging deep and excavating all that is hidden and buried. This is a necessary purging, as we are being asked to clean up our collective act.

Jupiter in Taurus is making a positive aspect to Pluto, so this clean up can enable new seeds to be planted and flourish.

Over the last weekend Mars at 22 degrees Gemini was conjunct the South Node.

This is a rare combination and lasts about a week. In Vedic astrology Mars was changing sign and thus very volatile.

Mars governs martial actions, and the violence that erupted was the transit exactly conjuncting Norway’s Pluto. (All countries have birth charts)

If you have been experiencing anger directed at you, or had an accident, then this difficult transit may be affecting your chart.

You may be undergoing something karmic. That is, it has its roots in the past.

The nodes of the moon have a 19 year cycle, so look back 9 years (the half cycle) and 19 years to remember what events occurred then.

I am extending my Special Offer open for August, since this is such a difficult time.

I will focus on the south node in your birth chart, and the transiting nodes through Sagittarius and Gemini.

PLUS If you have a planet around 4-7 degrees of Capricorn, Cancer, Aries or Libra then this Pluto transit, combined with Uranus in Aries may be hitting you hard.

You will be going through a major transition.

My aim in all my consultations is to shine a light, to support you and help with healing your timeline.

With thanks to my health professional friend, Arielle Essex, I have only just heard about this remarkable man who discovered a cure for cancer which has no side effects, way back in the 80ties.

Since then he has been persecuted by the American government.

Burzynski, the Movie is the story of a medical doctor and Ph.D biochemist named Dr. Stanislaw Burzynski who won the largest, and possibly the most convoluted and intriguing legal battle against the Food & Drug Administration in American history. 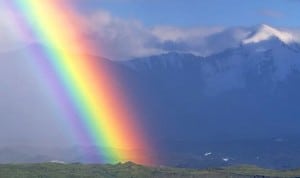 In my workshops this year I have started using Aura-Soma, with tarot card readings and the beautiful products.

Due to popular request I am holding a One day workshop introducing Aura-Soma and its connection to past lives and astrology on August 20th in London.

Using Aura-Soma colour, this practical workshop teaches you how to protect your aura, connect with your inner master, and heal your past lives. This is a loving, and nurturing, healing day.

Bringing Heaven Down to Earth
As Chiron travels through Pisces we are healing deep soul memories, both personally and collectively.

Chiron is the Rainbow Bridge – the archetype of the Wounded Healer, which once we heal the wound, becomes the True Healer. Pisces is governed by Neptune and the crown chakra – our path to enlightenment.

Now Jupiter is in Taurus making a positive aspect to Pluto in Capricorn we are being called to connect with the physical realm and to ground our vision.

Taurus is the sign of physical beauty, of the appreciation of colour, touch and the love that opens our hearts.

More info and how to book

This workshop registration closes on August 12th, so if you love colour, book today to ensure your place!

This workshop is now over