The Winter Solstice: Sun into Capricorn

Today the winter solstice is the longest night and the shortest day. Its the day when the Sun appears to turn direction and start its journey northward.

Its celebrated as its the Return of The Light in the northern hemisphere, the rebirth of the Sun God.

Astrologically, its the day when the Sun is at 0 degrees Capricorn, a sign ruled by the planet Saturn.

Saturn gets a lot of bad press. However, in ancient times, Saturn was celebrated as the Festival of Saturnalia:-

“Saturnalia was an ancient Roman festival in honour of the deity, Saturn, held on December 17 of the Julian calendar and later expanded with festivities through December 23. The holiday was celebrated with a sacrifice at the Temple of Saturn, in the Roman Forum, and a public banquet, followed by private gift-giving, continual partying, and a carnival atmosphere that overturned Roman social norms: gambling was permitted, and masters provided table service for their slaves.” from Wikipedia

All planets ask something of us, and Saturn asks this question- How can I serve? 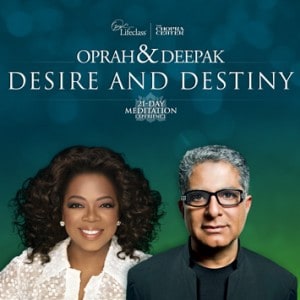 FREE Meditation from Deepak Chopra: How Can I Serve?

A free gift this season that lifts the spirits was a meditation from Deepak Chopra. It is no longer available.

These are the words that accompanied the meditation:-

“How wonderful it is that nobody need wait a single moment before starting to improve the world.” Anne Frank
Today we delve more deeply into what it means to be of service. When we serve others from a place of love, we are also serving ourselves.
For many of us, when we think of service, we envision great feats, sacrifices, large philanthropic donations, and other grand gestures.
While service can be all those things, service can be much more accessible in our daily lives.
Giving to others through service is simply recognizing what you do best in any given moment and offering that as a gift to someone else.
For instance, in this moment, you may be sitting in a coffee shop across from someone who looks like she could really use a warm smile and, in this moment, you offer a smile in service to brighten her day.
Giving can be that simple.
Think about how good you feel when you give someone a gift in this way and notice how serving someone else is a gift to yourself as well.”

All week Venus has been slowing down. Now on December 21st at 21.53 GMT it changes direction as seen from earth and turns retrograde. It will stay retrograde all January in Capricorn.

Venus is the principle of love and relationships, of beauty, dance and art.

Venus creates a pentagram pattern due to the retrograde cycle (see image). This is the circle of 360 degrees divided by 5, which are called quintiles (72 degrees) in astrology and they are creative aspects.

As Venus moves retrograde it will meet the Sun on January 11th-the symbolic union of the Will of the Sun with Love.

Then when it moves forward again on January 31st it will reappear after the Sun and become a Morning Star.

While retrograde we are all being asked to question our long term relationships.

Lovers may re-appear from the past, but don’t get carried away- they may disappear once Venus moves forward.

As Venus rules money and Capricorn is a business sign, this is the ideal time to sort out finances and get a budget that works for you.

The power of our minds to manifest is now a well established fact. Write down what you want in 2014, or better still this is the ideal time to make a Treasure Map.

I have often done this and its great fun. You need a large piece of paper or card, a pair of scissors, glue, a good photo of yourself and a pile of magazines.

Cut out or tear images and words that you like from the magazines. The theme could be ‘What I want to manifest in 2014’.
Then paste the photo of yourself in the centre of the card and paste the images that speak to you around it. Finally hang it where you can see it. You can add images to it through the year.
(Many top spiritual business gurus make these!) 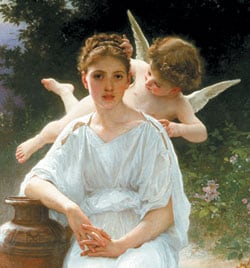 ‘Calling All Angels’ A personal Astrology Report focusing on Neptune and your connection with your Angels.

The mysteries of the Angelic realms unfold in this beautifully written and illustrated 20 page astrology report.

This Angelic report has been written by Astrologer Stephanie Clement with an emphasis on Neptune in the chart.

It is uplifting and very supportive in these testing times.

Now that Neptune and Chiron are both in the sign of Pisces, our connection to ‘other dimension’s is stronger than ever.

The report contains:
* An Introduction to Angels in Astrology
* Angels of the Cardinal Directions
* Your Most Powerful Angelic Connections
* Angels in Your Daily Life
* Interacting with Angels
* Glossary – Order of Angels and other Angelic information
* Conclusion and References

Stephanie Clement writes:-
“According to many sources, there are nine or ten orders of Angels. The most common are these: Seraphim, Cherubim, Thrones, Dominions, Virtues, Powers, Principalities, Archangels, and Angels. Some lists include Hosts. Angels are sometimes called Watchers and Holy Ones.”

This interpretation focuses on the Angels that are most prominent in your life.

“You will learn who they are, what they govern, what they can do for you, and how they work together. You will also learn ways to become more aware of them – ways to tune in to their protection and their messages. We each have at least one Angel who is always with us, who never deserts us, and who offers constant creative inspiration, if we only will listen. Today you can learn more about how to listen to your unique set of Angelic guides. ”

As you read this interpretation, you will find indications of specific ways to call upon Angels quickly and safely through prayer and meditation. Stephanie has called these activities meditations, but she sees these as prayers and has included affirmations – short positive statements of personal intention – for your use.

This report is a wonderful present for yourself, or the ideal gift for a very special friend or loved one.

In honour of Venus I leave you with this quote from the 13th century mystic poet Rumi:-

“In your light I learn how to love. In your beauty, how to make poems. You dance inside my chest where no-one sees you, but sometimes I do, and that sight becomes this art.”

Wishing you a Happy Solstice and a Merry Christmas,
blessings,