Wolf Full Moon in Leo- This Wolf Moon is the Teacher and Pathfinder- What’s your Vision for Leading the Way?

Firstly, I want to remind you to look back at the Wish list you wrote at the New Moon, now is the time of fruition. If you haven’t done this, then wait for the next New Moon on February 8th, and read my last blog.

I felt inspired as I researched this Full Moon in Leo to tune into one of its names- The Wolf Moon. The wolf is the Teacher, which is Jupiter in astrology. Since Jupiter is now in Virgo, ruled by retrograde Mercury and conjunct Pluto, the messages we receive at this Full Moon are to be highly valued.

I am quoting at length from the Medicine Cards by Jamie Sams because I believe this is an important message to hear at this time:-

“Wolf is the pathfinder, the forerunner of new ideas who returns to the clan to teach and share medicine.

Wolf takes one mate for life and is loyal like Dog In the Great Star Nation, Wolf is represented by the Dog Star, Sirius, which legend tells us was the original home of our teachers in ancient times.

Sirius was thought to be the home of the gods by the ancient Egyptians, and is still considered so by the Dogon tribe in Africa. It stands to reason that Native American peoples would formulate this same connection and adopt Wolf people as the clan of teachers. 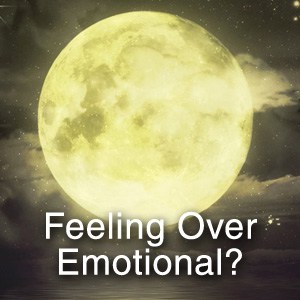 The senses of Wolf are very keen, and the moon is its power ally.

The moon is the symbol for psychic energy, or the unconscious that holds the secrets of knowledge and wisdom.

Baying at the moon may be an indication of Wolf’s desire to connect with new ideas which are just below the surface of consciousness.

Wolf medicine empowers the teacher within us all to come forth and aid the children of Earth in understanding the Great Mystery and life.

If you have drawn Wolf’s card, you may be able to share your personal medicine with others.

Your intuitive side may also have an answer or teaching for your personal use at this time. As you feel Wolf coming alive within you, you may wish to share your knowledge by writing or lecturing on information that will help others better understand their uniqueness or path in life.

It is in the sharing of great truths that the consciousness of humanity will attain new heights.

Wolf could also be telling you to seek out lonely places that will allow you to see your teacher within. In the aloneness of a power place, devoid of other humans, you may find the true you. Look for teachings no matter where you are. Wolf would not come to you unless you requested the appearance of the tribe’s greatest teacher.

To live is to grow, and growing comes through accepting all life forms as your teachers. Become Wolf, and take up the sense of adventure. You may just stop howling and learn to [become] the moon.”

When will all five bright planets be visible in the sky at once? The time is now! Mercury, Venus, Mars, Jupiter and Saturn can be seen simultaneously before dawn beginning around January 20, 2016. And they’ll remain visible before dawn from about January 20 to February 20, 2016.

The last time that all five visible planets appeared in the same sky together was from about December 15, 2004, to January 15, 2005.

I’ve seen many images on Facebook that show the planets in the wrong order. The internet is wonderful but please be aware – especially when Mercury is retrograde- that not everything is as it appears. Mercury is not known as the Trickster for nothing!

Astrologically this is a wide square, not a conjunction as it may apppear in some pictures. Squares indicate action. Find out more by watching my short video above.

This site is reliable.
When will all five visible planets appear simultaneously?

PS  You may have heard about a new planet being theoretically discovered. A new planet does suggest a new awareness in consciousness coming into the collective. However its orbit is 20,000 years around the Sun so don’t get too excited. That’s a long, long, long way away!