Diwali is a wonderful festival. It’s timed when the New Moon is in Libra in the sidereal zodiac used in Vedic astrology. Libra is the sign of the weighing scales and connects us to money!

In the Hindu religion it spiritually signifies the victory of light over darkness, good over evil, knowledge over ignorance, and hope over despair.

“Its celebration includes millions of lights shining on housetops, outside doors and windows, around temples and other buildings in the communities and countries where it is observed.

On Diwali night, people dress up in new clothes or their best outfit, light up diyas (lamps and candles) inside and outside their home, participate in family puja (prayers) typically to the Goddess Lakshmi – the goddess of fertility and prosperity. After puja, fireworks follow!”

You too can celebrate Diwali tonight to invite in the Goddess Lakshmi for wealth, prosperity and abundance for your financial year ahead.

In western astrology the Scorpio New Moon tunes us in to the wonders of Neptune, God of the Sea and Transcendence.

Neptune is the higher vibration of Venus. It’s the universal compassion for those we may never meet. Neptune rules the sign of Pisces, and connects us to the dream world. This is a place of illusion and fairy land. Think ‘Midsummers Night’s Dream’.

The shadow side of Neptune is disillusion, grief, scandal and addictions. The sea can drag us down to the depths of despair.

However, the New Moon and Mercury are in Scorpio, a water sign, and their connection to Neptune in Pisces is positive and flowing.

When we collectively use the power of intention, we can ask for miracles and make our dreams come true.

As Scorpio is ruled by both Mars and Pluto, this New Moon invites us to have the courage to dive deep into the unconscious. Pluto’s realm in the underworld is where the buried treasure lies.

The Grail and the Knight of Cups

Chuck Spezzano’s card of the day is The Grail. This is the Knight of Cups in the tarot and relates to the sign of Pisces.

The Grail is the card for today. The Grail is Jesus’s chalice at the last supper. It is a symbol of the unattainable that somehow can be attained. It is like the impossible dream. Legend has it that Sir Galahad, purest of all the knights of Arthur’s Round Table, found it when the country was in need.

Today The Grail is available to us. Let us ask Heaven’s help and go for what is unattainable that is attainable today. Have the most amazing day!!

A New Moon is a seed time, a time to make a new wish list for the month ahead. Celebrate Diwali, and light a candle in honour of Lakshmi and the Grail when you make your wish list today. 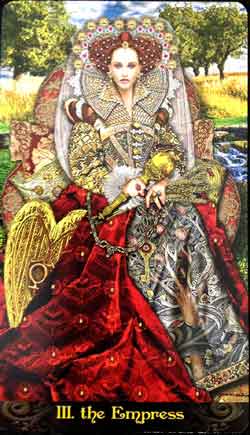 I have been following the cycle of Venus as she appears either as a Morning Star or Evening Star for the last 2 years. It’s the story of Inanna The Queen of Heaven as she descends to visits her sister Ereskigal in the Underworld. At 7 Gates she is stripped of her power and then killed. This relates to the 7 chakras.

Early this year Venus disappeared from the sky as a Morning Star and became invisible for 2 months from April 30th to July 13th.

When Venus reappeared as an Evening Star the feminine was re-empowered.

She comes back to life at 7 Gates when Venus joins the Moon each month, opening each chakra in turn.

On August 4th, Venus joined the Moon at the 1st Gate, the Root Chakra.

On November 3rd, Venus and the Moon join in Sagittarius opening the 4th Gate, the Heart Chakra and the natural home of Venus and the Empress in the tarot.

On November 3rd, Venus and the Moon join in Sagittarius opening the 4th gate, the Heart Chakra and the natural home of Venus and the Empress in the tarot.

Join me on a FREE webinar to:-

Cant make it? Sign up and you’ll receive the video recording, 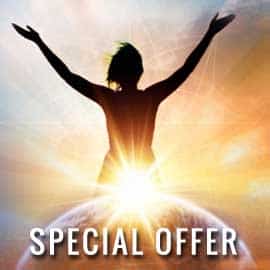 There are only 3 feminine planets- the Moon and Venus and now Ceres – and as every woman knows we are far more complex than that!