Kevin Costner’s tribute to Whitney Houston touched a chord in me about feeling not good enough. 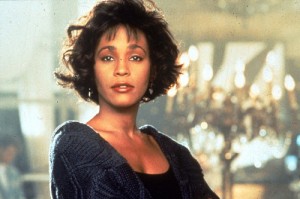 Kevin Costner waited a year for her to finish touring so she could star in his movie, The Bodyguard. He had such faith in her. At that time she was a pop superstar, but a totally untried actress.

He describes how fear and doubt plagued her. That she never felt she was good enough.

He spoke about the time of her initial screen test:-

“It’s a tree we can all hang from. That unexplainable burden that comes with fame. Call it doubt. Call it fear. I’ve had mine. And I know that the famous in the room, have had theirs.

I ask her to trust me, and she said she would.

The Whitney I knew, despite her success and world wide fame still wondered-

Am I good enough? Am I pretty enough? Will they like me?

It was the burden that made her great, and the part that caused her to stumble in the end.

Whitney if you could hear me now I would tell you, you weren’t just good enough, you were great.”

She was a Leo sun sign with the Moon in Aries giving her success, wealth, talent and superstar status. These two most important planets were linked to Venus and Jupiter, the two benefics. That’s an enviable combination. 4 planets in fire signs is a strong life force.

However she was plagued by the shadow of Saturn, which was in her 12th House. This is traditionally known as the House of Troubles. And Saturn was directly opposite her Sun. This brings huge self doubt.

Plus she had Pisces ascendant, the most sensitive of signs. Whitney would have soaked up the atmosphere in her family, and it can’t have been all rosy.

I suggest that Whitney’s feeling not good enough was a result of a role she took on in childhood.  We all take on roles, which is an attempt to prove something about ourselves. We take on roles when the family is in trouble, and in doing so we leave our centre.

If we are caught in a role it means we give, but never fully receive. It shows up as hard work, perfectionism, pushing yourself, demands and a great deal of stress.

Chuck Spezzano Phd. says that adopting roles is the number one cause of burnout and the second dynamic of stress.

Roles are a defence we use to protect ourselves from feelings of heartbreak, guilt and failure. Whitney’s parents divorced when she was 15 years old. She was daddy’s girl so this would have been a major heartbreak for her.

Plus Whitney had a beautiful mother Cissy, who was a gospel singer, and both cousin Dionne Warwick and her honorary aunt Aretha Franklin were superstars. It’s no wonder that she compared herself.

The role of the Mascot or Charmer covers up feelings of inadequacy. This is the one in the family who keeps everyone entertained, and the one that everyone loves.

However the Charmer never feels loved for herself, but only when playing the role.

The heartbreak in Whitney’s life was compounded by her disastrous marriage to Bobbi Brown, a notorious bad boy. She so needed to feel  loved for who she was, not for the part she was playing.

Often we test a partner with our bad behaviour, unconsciously saying ‘Will you still love me, even when I’m like this?

If you resonate with the role of the Charmer, then recognising that it is a role is vital and its the work of the ego. The way through is to commit to the truth. If you are feeling not good enough, then you may like to ask -who in your life isn’t good enough for you?

We tend to project out the very quality we find lacking in ourself onto others.

Roles also come up when we have a fear of the next step in our lives. Ask for help from your Higher Mind. It is there to guide you, to inspire you. to reassure you.

Your Higher Mind is your true Bodyguard.

This tribute by Costner was on February 18th 2012. My heart goes out to her daughter, Bobbi Kristina Brown, a Pisces, who was overwhelmed by the death of her mother. She was found on January 31st 2015 lying face down in a bath tub and is now in a hospice with no chance of recovery.

I offer Spiritual Coaching Reclaiming your Power which works at a deep level to heal the family pattern.