Venus -The Goddess in Taurus

At this Full Moon in Scorpio, with the Sun and Mercury aligned in Taurus, we are being asked to explore the myths behind the sign of Taurus and Scorpio.

This Full Moon is aligned with Algol, known as the Demon Star. It’s a bright multiple star in the constellation of Perseus. Perseus is connected to the myths surrounding Medusa and are worth exploring as they give insight into the potency and power of this Scorpio Full Moon. 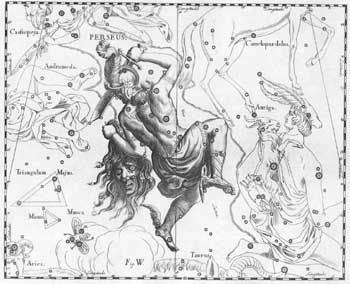 The one that makes sense to me is by Ovid. Medusa was a beautiful maiden and was raped by Poseidon in Athena’s temple. The goddess was so enraged she turned Medusa into a Gorgon-a monster with a hair full of snakes. If she gazed upon a man they were turned to stone.

Eventually Perseus-the hero- killed her and cut off her head. As Medusa was pregnant by Poseidon, out sprang Pegasus, the winged horse. Perseus then gave the head to Athena who used it on her shield. Thus the head of Medusa become a Guardian, a Protectress.

I ask, how relevant is this mythical story with events happening in Alabama regarding taking away women’s rights to abortion? Are women being decapitated? Left with no voice, no rights?

Karmic Combination of the Toughest Planets

This Full Moon is forming a trine-a flow of energy to the combined energy of Saturn, Pluto and the South Node in Capricorn- a karmic combination. This is a positive connection.

In May I am offering One Hour Consultations to former clients, or to those who would like to focus on the Nodes in their charts, and heal past life stories.

Old wounds from the past regarding authority figures may be coming up for you in you have planets around 20 -24 degrees Capricorn, Cancer, Aries or Libra. If so then the Karmic Insight Report would be a good starting point. In my consultations I specialise in helping clients who have a planet contacting the nodes in their chart by guiding them through an intuitive healing method.

The week leading up to the full Moon on May 18th is busy as Venus moves into Taurus, Mars into Cancer.

To discover more about the sign of Taurus this page.

Please watch my YouTube video for some enlightening insights into this Scorpio Full Moon and feel free to share this newsletter with your friends.

The Karmic Insight report provides an in-depth look into the soul’s intentions and lessons to be learned in this lifetime.

Gina Ronco interprets the past life reverberations shown in the natal chart. The report clarifies lessons and goals recreated from the past for resolution in this life.
Saturn return is significant at ages 28-31 and 56-58
This succinct report concentrates on the planets that are most involved with karmic lessons.
• The Moon carries unresolved past-life issues
• The Sun represents the creative thrust of this life
• Saturn, sometimes referred to as the planet of karma, shows your energetic blockages, weaknesses and fears.
• It points to the areas of your life where the most concentrated effort and discipline will be required. If you do the work these will become your areas of greatest strength.
• The Karmic insight report also discusses struggles (major hard aspects) and gifts and strengths (major soft aspects) brought forward from past lives.
• If you are going through your Saturn return (age 28-31 years, or 55-58 years) then this report is especially useful. Every 7 years Saturn will be triggered, so key ages in your life are 7, 14, 21 and 28, then multiples of 7 thereafter.

After payment you’ll be redirected to a Contact page where you enter the birth details – Date, place and time of birth. Your information is entered by hand so will be delivered as quickly as possible. Please allow 24 hours during the week, more at weekends. The Report will be emailed to you as a PDF file.