Leo New Moon -Leadership is the Theme of the Month

Courage, leadership and speaking from your heart are highlighted at this Leo New Moon. The Moon recently joined Venus in Gemini, activating the 5th throat chakra. This is time for us all to speak out from the heart, not the intellect.

With Mercury in Leo, its a call for us all to step into our leadership and speak our truth. Mercury moves into Virgo on 26th and will go retrograde on August 12th. It spends all of August in its strongest sign of Virgo- health, healing, sorting out priorities and attention to detail. One thing to watch out for is perfectionism! The ego loves procrastination, so make a leap this month to make positive changes in your life and use the energy of Mars to good effect.

Barack Obama made a stirring speech demonstrating why he is a true leader. He has the Sun in Leo, and showed the world the best qualities of his sign when he was President. Watch him speak about leadership via a video on my Facebook Timeline page https://www.facebook.com/pam.carruthers

Mars is aligned with the Sun and Moon, an energy which has to be expressed physically through dance, martial arts or wrestling with the kids.

Watch the video for more insights. I can speak faster than I can write!

The Royal Star Regulus moved into the feminine sign of Virgo in 2015. This is a shift from the masculine into the feminine in terms of leadership. Regulus is the star connected with royalty, and with leaders world-wide.

In the Uk I have noticed how Prince William and Prince Harry (sun signs Cancer and Virgo) are displaying compassion and warmth. They are meeting the public and greeting them with hugs. This breaks with the long-standing tradition of Royal protocol. Prime Ministers Trudeau and Macron have the same public appeal and they both promote women.

The Dramatic August Solar Eclipse and the Royal Star Regulus 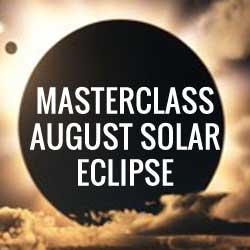 An Illustrated Presentation on the meaning of this dramatic Solar Eclipse

Solar Eclipses mark endings and beginnings. The Moon’s nodes changed sign this year and began their 18 month journey through Leo and Aquarius.  The total Solar Eclipse on 21st August is the first eclipse in this new cycle. It occurs at 28 degrees Leo on the Royal star Regulus, which happens to be on the ascendant of President Trump.

“The August 2017 eclipse will be the first with a path of totality crossing the USA’s Pacific coast and Atlantic coast since 1918. Also, its path of totality makes landfall exclusively within the United States, making it the first such eclipse since the country’s independence in 1776.” Wikipedia

“Pam is an amazing astrologer. She brings to her consultations a brilliance and clarity that provides insights which have proven to be very valuable. I have listened and learned so much from her and her sessions have provided me with an in-depth look at my world which has given me the opportunity to make the right choices. I would highly recommend a consultation with her.” Susan How

“Thank you so very much! I feel that another major shift has occurred, and that the way forward is exciting. I am raring to go with the family, and now more fully understand (and acknowledge) that being number 4 in the kids lineup, is tremendous. I’m excited and invigorated.” Merril