What brings you Joy? 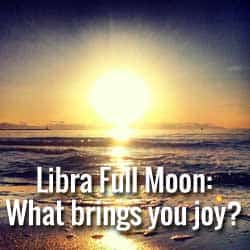 The Libra Full Moon is highlighting the ongoing opposition of Jupiter with Uranus. Both these planets like freedom and are future orientated. Jupiter represents the Law and Justice in Libra, the sign of the scales. Uranus in Aries is passionate about taking action and rebellion. Aries is known to be impetuous-it acts before it thinks.

To delve more deeply let’s look at the ruling planets of signs.

Uranus is in Aries ruled by Mars. As Mars is still moving through the stubborn, steady and fixed sign of Taurus, any action taken will be also be fixed-there’s no going back.

Venus will move direct on April 15th at 11.17 BST. It will join Chiron, the Wounded Healer and this is highly significant as the two planets joined earlier this year on January 25th. Look back in your journal to know how you were feeling then, as events this week may stir up old wounds once again. Pisces is the last sign of the zodiac and highly sensitive to other worlds, so keep a notebook by your bed to record your dreams this week.

KEY DATES:– Venus is in Pisces until it moves back into Aries on April 28th.

There are 4 planets retrograding at this Full Moon:- Mercury, Venus, Jupiter, and Saturn. When a planet is retrograde it’s closer to the earth. I believe this means that the planet is more intense and therefore more powerful. 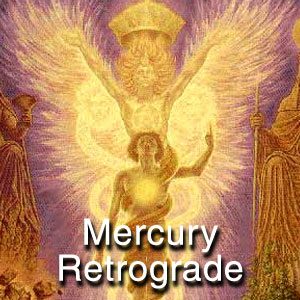 Mercury is retrograding back from Taurus into Aries

It goes direct on May 4th at 24 degrees Aries. The ‘Shadow’ period began on March 27th and many people experience Mercury playing tricks throughout the shadow phase. The usual advise is important-back up computers and be prepared for technical mishaps. Don’t assume people get your emails or texts.

Mercury is the fastest moving planet in our solar system, and information bombards us every day. In Mercury retrograde periods we are being asked to slow down and absorb the messages, to digest and take stock. Revise, edit, and enjoy the time for reflection. It’s an inward journey.

The return ‘shadow’ will be from May 4th until May 20th. This period can also be difficult, depending on what part of your chart is being activated and what planets are activated.

KEY DATES: Mercury joins Uranus on March 26th, April 28th and May 10th. Watch out for inspirations and ideas that come out of the blue! These two planets can bring in your Genius.

Saturn retrograde is an annual occurrence lasting this year for over 5 months from April 6th until August 26th. It will change sign at the end of the year into Capricorn, the sign that it rules. Saturn retrograding is requiring that we complete unfinished business.

I sell a variety of astrology reports, all of which I recommend. If you want to know about the year ahead, then the Special 2 Reports for £30 is a bargain. Or maybe there’s  a new born in the family? The Child Report is a great gift for the parents. Relationship issues? Consider one of two Relationships Reports. And the best selling reports I sell are really good value:- The Karmic Insight and the Goddess Report. To find out more, click this link.