The focus is on Mars at this New Moon in Aries

This New Moon in Aries has a stellium of 6 planets in Aries. They are Chiron, Mercury, Ceres, Moon, Sun and Venus. Mars is the ruler of Aries and currently in Gemini making strong positive aspects to to New Moon and Jupiter in Aquarius-planet of hope and joy. Mars is the Warrior-Archangel Michael comes to mind, but also the Warrioress.

Venus in Aries leads the pack and the movie Wonder Woman is my inspiration for you. She is the goddess Diana the Huntress. This movie brings joy and I was cheering at the end. Its the classic good versus evil and its the Goddess who fights for Love.

I quote: Before she was Wonder Woman, she was Diana, princess of the Amazons, trained to be an unconquerable warrior. Raised on a sheltered island paradise, when an American pilot crashes on their shores and tells of a massive conflict raging in the outside world, Diana leaves her home, convinced she can stop the threat. Fighting alongside man in a war to end all wars, Diana will discover her full powers…and her true destiny.

The New Moon in Aries is on fire!

What is the Sun in Aries activating for you? Its the first sign of the zodiac in the element of fire, so its the perfect time of the year to initiate something new. To be a pioneer. Its the tarot card The Emperor, strong on his throne, his partner is The Empress.

The question I ask: What plans do you have to change your life? What inspires you? One tip, wait a few days to launch anything as the Moon (which represents the public) is invisible. As soon as you see the Crescent Moon you get the go ahead.

From my book The Birthday Oracle I write:-Aries as a sign is all about ‘me’, pure and simple. Aries corresponds to the head of the body and you go through life head first. You need to forge ahead, to assert yourself. However as you act on impulse you can often make mistakes and in your rush to get things done, can be accident prone. Look back at my last  newsletter at the Full Moon in Libra for a fire ritual, which is still relevant.

To discover more about the sign of Aries see this page>

This New Moon in Aries is a time for celebration!

Sun in Aries from 20th March until 19th April when it enters Taurus at  21.33 BST. Venus also in Taurus is the ruling planet.

Full Moon at 7 degrees Scorpio on 27 April at 4.31 BST. Pluto goes retrograde on the same day.

Mercury in Aries until 19th April when it moves into Taurus at 11.29 BST.

Venus is in Aries. It’s now invisible as its close to the Sun. It moves into Taurus -its own sign-on 14th April at 19.22 BST. 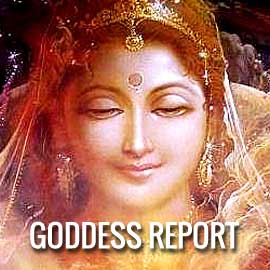