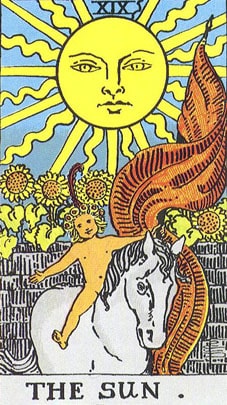 At this New Moon the Sun is in its home sign. Its time to connect with your creativity and be inspired. Leo is the gambler, the risk taker, and playfulness. Its the energy of the child as shown in the tarot.

Where Leo is in your birth chart will show the part of you that needs self expression and to shine your light. Leo is the lion, the King of the zodiac and it is ruled by the Sun. Leo relates to our heart, our courage (coeur) and to our leadership. Ruled by the Sun, Leo is the sign of royalty. The Sun follows a straight path in the sky and it is focused.

Watch my video as I explain how to use the Wish List.

I suggest waiting for Mercury to move into Virgo after 11th August at 22.57pm BST. You will then also be aligned with Jupiter and the crescent Moon!

Plus you’ll have Mars-the planet of action also in Virgo.

The questions to ask yourself this month are:-

At this New Moon in Leo, there is a Yod, a letting Go aspect to Pluto and Neptune

Letting go is a constant and never more so when the New Moon highlights two outer planets. Pluto is buried power and transformation, Neptune the planets of dreams and vision. Time to rethink, adjust and recalibrate. That’s why a wish list is so important and use the Virgo energy of Mercury after 11th August along with Mars in Virgo.

Mercury, the planet of communication will enter Virgo on August 11th until the end of the month.  This is the ideal time to manifest your future with a Wish List.

Mercury is moving to an opposition with Jupiter on 11th, a test of  the information you receive opposite your beliefs. This echoes the nodal axis as the North Node is in Gemini, the Soul Node (the past) in Sagittarius. Facebook is notorious for spreading false information especially concerning Covid and vaccinations. I agree its a very good idea to boost the immune system, however I personally know a really fit young woman who has long term covid. She caught it last year before the vaccine has been developed.

This is the Goddess as the healer and herbalist. From my Solar Writer Report:

With Venus in the Sign of Virgo you’ll seek meaningful relationships with a practical basis. You may appear to be timid and shy to others, but you’re simply wary, weighing up the pros and cons before entering into intimate friendships or a meaningful relationship. You approach your primary relationship with caution, preferring to take things slowly so that you can build a lasting relationship based on real principles rather than romantic illusion. It’s not that you don’t enjoy a little romance. It’s simply that you prefer to know that a relationship is going to last in the long term.

For these reasons you may suffer some disappointments in love, as others are discouraged by your reticence, failing to recognise the depths of your affection. You admire neatness and punctuality, preferring someone who is hard-working and healthy living like yourself. You enjoy someone who can converse on sensible subjects, perhaps even with an analytical mind. You need to be wary of being too judgmental, expecting perfection where it can’t possibly exist.

Mars in Virgo only happens every 2 years

I have Mars in Virgo. Its where I have a talent for detail and web design. I worked with journalists for most of my career as an Art Director and could have been a sub editor as I notice spelling mistakes! Mars in Virgo is the craftsman or woman. Great for anyone involved in the healing profession where attention to detail is a vital ingredient for prescribing the right amount of medicine. One problem with Virgo is perfectionism. Notice this energy as Mercury, the Sun move into Virgo this month. Are you caught up with feeling not good enough?

Jupiter takes approx. 12 years to travel through the 12 signs. Jupiter rules the Law and it concerned with Truth. Where Jupiter is placed in your chart is where you find your Faith. Jupiter is now retrograde and continues in its traditional home sign of Pisces. It returns into Aquarius- The sign of the humanitarian- on July 28th to give a final boost- the feel good factor- to all air signs-Gemini, Libra and Aquarius. It re-enters Pisces on December 29th. Water signs then benefit- Cancer, Scorpio and Pisces next year until May 10th.  Then again October 29th until December 20th 2022.

It seems so strange to be in the world right now. We are all going through a collective rebirth. The New Moon has a benevolent relationship with Neptune in Pisces. Neptune is The Hanged Man in the tarot, the most spiritual card in the deck. Neptune is the place in our birth chart that connects us to our Vision, to the ideal. In Pisces that is the 8th chakra, God the Mother. The colour is magenta, and in Aura-Soma is known as ‘love in the little things’. As the Sun illuminates Neptune on 15th July become more aware of your dreams this month. Keep a dream journal!

Uranus takes approx 7 years to go through a sign and always brings change/revolution. It is the planet that rules inventions and genius. Its now in Taurus (May 2018-April 2026 approx.) and we are witnessing a change in climate change. Taurus is ruled by Venus, and as it’s an earth sign, we are now concerned with agriculture, our food chain and an awakening to our planet’s resources. In our daily lives Uranus wants to shake thing up. Weeding is both physical and metaphorical.

At this New Moon in Leo Uranus is making a negative and challenging contact to the New Moon, so expect some surprises this month. Change is in the air! Uranus goes retrograde on 20th, joining in with the other planets – Jupiter, Saturn, Neptune and Pluto  that are now all retrograde.

Aries: The Warrior, Taurus: The Lover, Gemini: The Storyteller, Cancer: The Mother,
Leo: The Sovereign, Virgo: The Healer, Libra: The Lover, Scorpio: The Transformer,
Sagittarius: The Explorer, Capricorn: The Strategist, Aquarius: The Renegade and Pisces: The Dreamer.

23rd Venus enters Virgo. The sign of the Healer. Virgo show their affection through complete devotion and attention to detail. With high standards, the shadow is perfectionism.

29th Mars enters Virgo next to the bright star Regulus at sunset. The sign of the Craftsman and Healer. Mars opposite Jupiter

1st August Sun joins Mercury, so Mercury is hidden. Mercury opposite Saturn A testing time for reality and confusion around communications.

11th Mercury into Virgo its own sign until 30th August 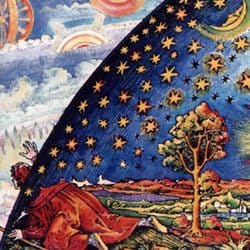 Steven Forrest writes with poetic grandeur about the archetypes behind the planets, signs and house in your birth chart.

Freud divided the human mind into three compartments: ego, id, and superego. Astrologers do the same thing, except that our model of the mind differs from Freud’s in two fundamental ways.

First, it’s a lot more elaborate. Instead of three compartments, we have ten: Sun, Moon, and the eight planets we see from Earth.

As we’ll discover, each planet represents more than a circuit in your psyche. It also serves as a kind of Teacher, guiding you into certain consciousness.

Steven’s writing reflects his caring sense of the unique spiritual nature of each person and their important place on this planet.

He gently guides you through a very personal introduction to yourself, often identifying characteristics, talents and potential that you may not have previously expressed, but innately felt.

It is filled with truth and presented in a manner that allows you to acknowledge those truths about yourself that may not be readily revealed to even the people closest to you.

This Sky Within Report by Steven Forrest is a rewarding experience.

It’s like a conversation with a very close trusted friend. Steven writes:-

“In the pages that follow, you’ll tour your personal birthchart. But don’t expect the usual “Scorpios are sexy” stuff. You are a mysterious being in a mysterious cosmos.

You’re here for just a little while, a blink of God’s eye. You face a monumental task: figuring out what’s going on! In that spiritual work, astrology is your ally. How will it help?

Certainly not by pigeon holing you as a certain “type.”

Astrology works by reminding you who you are, by warning you about the comforting lies we all tell ourselves, and by illuminating the experiences that trigger your most explosive leaps in awareness.

After that, the rest is up to you.” Steven Forrest

Your information is entered by hand so will be delivered as quickly as possible, usually within 24 hours.