We enter November with significant changes to the cosmic patterns.

October has been stressful for many of us with Mars in Virgo forming a tense square with Saturn in Sagittarius. Mars is now in Libra, along with Venus, activating peace and diplomacy (hopefully) rather than war.

The good news for all water signs is that Jupiter is now travelling through the sign of Scorpio for the next 12 months. It’s in my sign, so I feel inspired to launch a series of webinars this month. The first focuses on an amazing Prediction Technique.

We are now in the autumn time of the year, approaching winter in the northern hemisphere. Its the perefct time to go within, and also learn how incredible astrology is. I love this quote:-

“Anyone who stops learning is old, whether at 20 or 80. Anyone who keeps learning stays young. The greatest thing in life is to keep your mind young.” Henry Ford

How Old Are You-The Difference your Birthday makes!

Earlier this year I attended a lecture and workshop on a traditional astrology technique that focuses on each year of your life. I was struck how Jeremy Corbyn suddenly became popular soon after his birthday on 26th May just days before the election in the UK. This system explains why!

An 8th house year is similar to the energy of the sun sign Scorpio. The 8th house relates to loss, decay, debts, taxes, hidden matters, crisis and personal vulnerability. It’s about life and death, rebirth and mortality. By facing our fears and our inner demons and shadows, we can transform our life.

It’s a water house, involving deep emotions that take us to the depths of our soul. It’s ruled by Pluto God of the underworld and the unconscious.

Corbyn survived a really tough year being attacked on all sides, his own party and especially the press.

By contrast the 9th house relates to the sign of Sagittarius. Its higher education, long distant travel taking us to different cultures, great good fortune and being on a mission. It connects us to our faith and philosophy and it relates to the law. Ruled by Jupiter, King of the Gods it is positive and fiery.

Corbyn’s reputation soared and he and his Labour Party did exceptionally well in the election. He had become the young people’s hero and they chanted his name at the Glastonbury Pop Festival where he appeared on stage as a speaker.

This system combines with the annual Solar Return chart, a chart when the Sun is at the exact same position it was at your birthday.

I am now using this in my consultations, as it gives an overall focus for the year, plus I can highlight the best and tricky months in the year after your birthday. 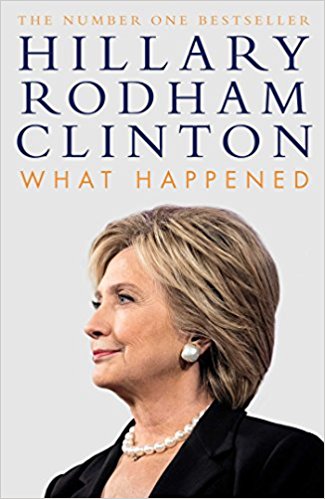 However using the ‘Profections’ technique I am veering toward the 2.18am birth time giving her a Virgo ascendant ruled by Mercury.

Age 69 at the time of the US Election, it seemed she’d clinch it. She was in an 10th house month in the sign of Gemini ruled by Mercury in whole sign houses. However in her birth chart Saturn in the 12th house squares Mercury in Scorpio.

Plus the transit of Chiron was on her Moon. She’s a prolific author, and over the last year she has written a book entitled ‘What Happened’. Hillary is now in her 11th house year, starting Oct 26th.  In Cancer, ruled by the Moon a time of  self care, and healing her relationships.

I have just acquired a new astrological report focusing on Chiron, the archetype of The Wounded Healer. Its written by the well-known astrologer Zane B. Stein.  His ground-breaking book, “Essence and Application: A View from Chiron”, is one of the most widely read texts on the subject.

I am offering this report at the special introductory price of just £10. (approx.13 US dollars.) It is succinct and offers some illuminating keys to understand the nature of the wounds in the chart.

I have compiled Hillary’s birth chart as an example. She has Chiron conjunct the Sun in Scorpio.

Zane writes: “To sum up, you are one of those people who go through life forming two groups of people; those who like you, and those who don’t. It is very difficult for anyone to be indifferent about you.”

Plus she has Chiron joining her Venus also in Scorpio.  Zane writes:-

“It is a major lesson for you to see that you are valuable, that you have a purpose. Perhaps you might wish to put these words on the wall so you can see them every day: ‘God doesn’t make junk’. Until you learn to value yourself, however, you may find yourself in abusive relationships, or co-dependent, or placing your partner on a pedestal.”

Read more about the Chiron Report