The Neptune story continues to unfold at this New Moon in sensitive empathic Pisces.

There are now 4 planets in Pisces:- Sun, Moon, Neptune and Venus. Then Mercury moves into Pisces on Monday 15th. Pisces is ruled by Neptune, God of the Sea.

It’s an approx. 13 year transit so its slow and a gradual softening of any planet it touches. However The God of the Sea has the power to erode the cliffs, but it doesn’t happen overnight. That’s the realm of Mars and Uranus.

Neptune rules the Ocean, the state of Oneness, of bliss, the 7th chakra. But the sea can be violent. Remember watching the movie (based on real life) The Perfect Storm?

One way to understand Neptune is to feel the sensation of being lost in a fog. The way through is to be in touch with the senses and move very slowly trusting your intuition. I recall the London fogs of my childhood with almost no visibility. My dad was having to get out of the car to drive forward inch by inch with the fog lights on.

Neptune rules illusion, magic, miracles and the movies, but also disillusion, sacrifice, scandals and cover ups. It can transport us to the enchantment realm of fairies at the bottom of the garden. It’s the story of marrying Prince Charming, the romantic dream come true.

However  with the current planetary picture it’s not a surprise that the interview that Prince Harry and his wife Meghan Markle gave Oprah Winfrey has created a storm. The curtain has been lifted on the illusion.

It has split public opinions and caused a ruckus in the Palace. The evening it was broadcast in the Uk had the Moon (the public) joining Pluto (buried wealth and power). The symbolism of the event is also part of the major theme of this year- Saturn versus Uranus, the old established tradition versus the independent revolutionary new ways of being.

Many have started to ask “Is this the beginning of the end of Royalty in the UK”?

Neptune rules the 7th chakra where we connect with the Divine. Its Grace and the power of prayer. I talk about dreams in my video and until the Sun moves in Aries on March 20th next week, the cosmic picture is lacking in the element of fire and dominated by water and air. So its the ideal time to enter dream time.

With Mars moving through Gemini it is a good time to talk, to communicate your hopes and wishes. Write that wish list to let the angels know what you want. Plus set aside five minutes each morning in writing a dream journal.

Be gentle with yourself, and take care of your soul. 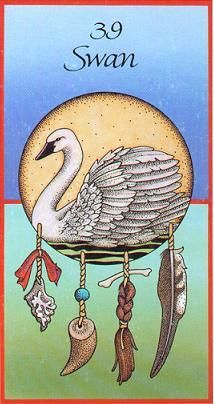 The Swan in the Medicine cards connects us to Grace.

“Swan ushers in a time of altered states of awareness and of development of your intuitive abilities. Swan medicine people have the ability to see the future, to surrender to the power of Great Spirit, and to accept the healing and transformation of their lives. The Swan card is telling you to accept your ability to know what lies ahead.

If you are resisting your self-transformation, relax; it will be easier if you go with the flow. Stop denying that you know who is calling when the phone rings. Pay attention to your hunches and your gut knowledge, and honor your female intuitive side.

So it is that we learn to surrender to the grace of the rhythm of the universe, and slip from our physical bodies into the Dreamtime. Swan medicine teaches us to be at one with all planes of consciousness, and to trust in Great Spirit’s protection.” From Medicine Cards by Jamie Sams and David Carson. These are gorgeous tarot cards that I love.

Sun in Pisces from 18th February until 20th March when it enters Aries at  09.37 GMT. This is the day of the Spring Equinox and astrological New Year. Mars in Gemini is the ruling planet.

Mercury in Aquarius went direct on 21st February. It left the ‘shadow’ phase on 12th March, then enters Pisces on 15th March.

Venus is in Pisces. It’s now invisible as its close to the Sun. It moved into Pisces, the sign of its exaltation on 25th February until 21st March. Venus joins the Sun at 6 degrees Aries on 26th March.

Mars is in Gemini from 4th March. This is a major shift of energy. It makes a trine to Saturn on 22nd March.