SuperMoon at the Spring Equinox 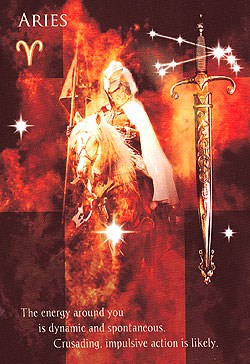 To have a full moon at the Spring Equinox is a rare event. It last happened 19 years ago.

On the day of an equinox, daytime and nighttime are of approximately equal duration all over the planet. This is the turning point in the year, as the Sun moves northwards we rise from the darkness of winter ready for the birth of a new cycle and the adventure of life in the Northern hemisphere.

What is Sun in Aries activating for you? Its the first sign of the zodiac in the element of fire, so its the perfect time of the year to initiate something new. To be a pioneer.

The question is, what plans do you have to change your life? With Mercury still retrograde and close to Neptune, progress can be made after 28th March once Mercury moves forward.

This full moon is prompting us to make lasting changes as Mars in Taurus is in a favourable trine with the combined energy of Saturn, Pluto and the South Node in Capricorn. Earth signs are practical and combined with the fire energy of the Sun, we can roll our sleeves up and get things done. This will be activated again by the Sun in Taurus at the New Moon on 4th May.

Be decisive. Be bold. Be fresh. Be original. Be new.

As the card says, “The energy around you is dynamic and spontaneous. Crusading, impulsive action is likely.”

The Moon in Libra focuses us on relationships, on balance and harmony. On peace. The ruler of the Sun is Mars, the Moon is ruled by Venus. However at this full moon Venus and Mars are square to each other, so a battle is more likely. This will ease once Venus changes sign on 26th, and Mars moves into Gemini on 31st March. So, the next week is full of tension.

On a another note, it is a perfect time for healing old wounds as indicated by The Sun joining Chiron in Aries.

Mercury joins Neptune
Watch your dreams on 24th March as Mercury retrograde in Pisces joins Neptune for the second time. The first time was at the last Supermoon in Virgo on 19th February. It will pass by Neptune for the third and final time when direct on 2nd April. You may feel washed out, moody and lacking energy, especially if you are a water sign- Cancer, Scorpio or Pisces.

To discover more about the sign of Aries see this page.

Please watch my YouTube video for some enlightening insights into this Libra Full Moon and feel free to share this newsletter with your friends. 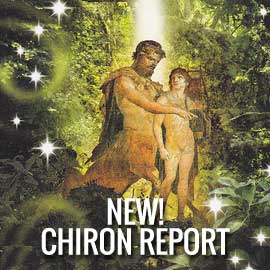 Chiron is a key component of a Birth Chart analysis.

This Chiron Report can help you unlock subconscious patterns and free you to move forward on your life’s journey.

Chiron in the birth chart reveals the pain of rejection and abandonment from our parents, psychological wounds that are buried deep because we inherited them.

Chiron is currently travelling through Aries for the next 7 8 years. However if you were born in the 60ties you most likely have Chiron in Pisces, the most sensitive sign for Chiron, so this report is especially meaningful for you.

This Chiron report is written by a leading expert and author Zane B Stein.

Zane B. Stein (born 17 June 1951, Philadelphia) is an American astrologer and is known particularly for his focus on Chiron. For his work in this field, he received the Canopus Award For Excellence in 1998. Stein was born in Philadelphia, Pennsylvania, U.S.A. and began studying astrology in 1969. When the minor planet, 2060 Chiron was discovered in 1977, he formed The Association for Studying Chiron which published and distributed information about Chiron.

Stein wrote the first article about Chiron, “Chiron: What Does It Mean To You?”, which appeared in the January 1981 issue of Dell Horoscope magagazine, which was reprinted in their October 1984 issue as a “Notable Reprint”. In 1983, he published the first Chiron reference, “Interpreting Chiron”, which he included two years later in his book, Essence and Application: A View From Chiron.

To Buy via secure PayPal